Netanyahu suing own office to keep from airing dirty laundry

Israeli media have focused in the past on food and beverage expenses at Netanyahu's official and private homes. 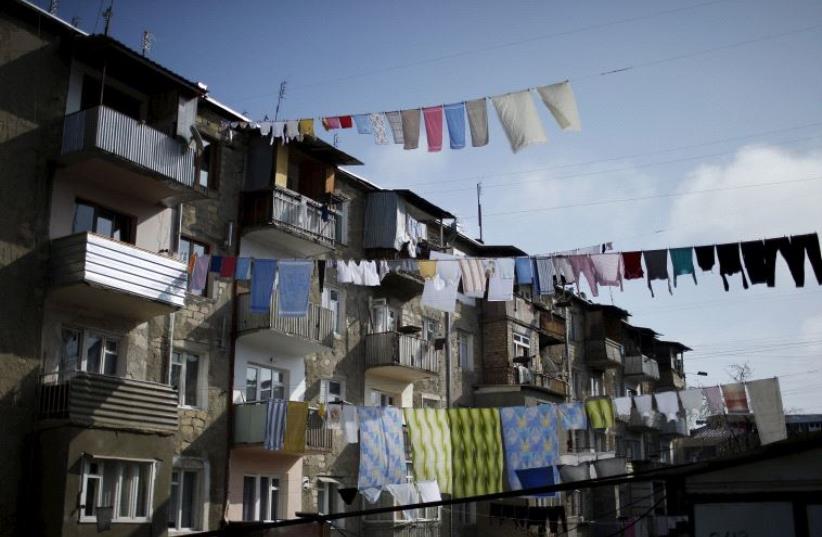 Laundry hung out to dry.
(photo credit: REUTERS)
Advertisement
Benjamin Netanyahu doesn't want details of his dirty laundry aired in public - and he is suing his own office and Israel's attorney general to try to prevent it.Legal documents published on Tuesday showed that the prime minister, citing a right to privacy, is asking a Jerusalem court to overturn a decision to release his laundry bills and those of his family under the country's Freedom of Information law.Israeli media have focused in the past on food and beverage expenses at Netanyahu's official and private homes. Three years ago, he drew flak over a $127,000 charge to fit a bedroom into a chartered plane for a flight to London to attend the funeral of former Prime Minister Margaret Thatcher.The current case involves a request by The Movement for Freedom of Information, a group seeking greater public transparency in Israel, for details of all state-paid expenses in Netanyahu's private home and official residence in 2014.Netanyahu's attorneys argue that the inclusion of laundry expenses would be tantamount to "peeping" into his private affairs, but Anat Revivo, who oversees compliance with the Freedom of Information law at the prime minister's office, maintains that the public has a right to know.When Revivo consulted Israel's attorney-general on the matter, he agreed.Netanyahu was given time to mount a legal challenge and on Monday filed a 27-page lawsuit against Revivo and Attorney-General Avichai Mandelblit.In the petition, which the Movement for Freedom of Information posted on its website, Netanyahu's lawyers cited Israel's Protection of Privacy Law, as well as Britain's Human Rights Act and the European Convention on Human Rights to support their case."No one shall be subjected to arbitrary interference with his privacy, family, home or correspondence, nor to attacks on his honor and reputation," the lawsuit said, quoting from the European treaty.No date has been set for a ruling.