The project is part of a wide-ranging effort to fulfill Israel’s commitment to the Druse, said the PM. 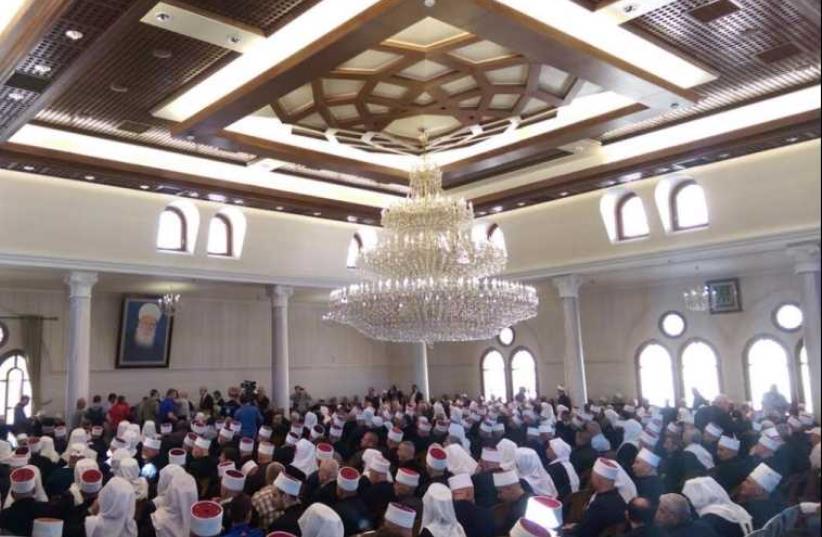 Israeli Druse attend an event
(photo credit: ALAMAMA)
Advertisement
Israel’s National Council for Planning and Building decided by a majority vote on Tuesday to support Prime Minister Benjamin Netanyahu’s initiative to create a new Druse settlement near Tiberias in the Galilee.“We are fulfilling our commitment toward the community,” Netanyahu said. “For the first time since the founding of the country we’re building a new settlement for Druse. I see great importance in establishing a new settlement, which will lead to advancement of the Druse sector.”The prime minister also said that the community’s fate is closely tied to the state, noting that the Druse have one of the highest IDF recruitment rates and many of them serve in combat units.This project is part of a wide-ranging effort to fulfill Israel’s commitment to the Druse, he continued, adding that it would help reduce the gaps between Druse towns and others.Druse villages tend to be built on mountains, which are located near nature reserves, making development difficult.The Druse community supported the plan, and Druse Deputy Regional Cooperation Minister Ayoub Kara called it a “historic decision” that would help solve the housing shortage in the sector.Construction Minister Yoav Galant welcomed the decision, saying, “We and the Druse have very strong ties.”He added that his ministry would make sure the new community meets the highest building standards and that the project is completed.The National Council vote passed 22 to 3, with opposition coming from environmental groups that said there were various alternative sites for establishing the town, Globes reported.The plan involves building an initial 400 housing units, said the report.