The job is traditionally given to a security cabinet minister from the prime minister’s party; Levin is not a member. 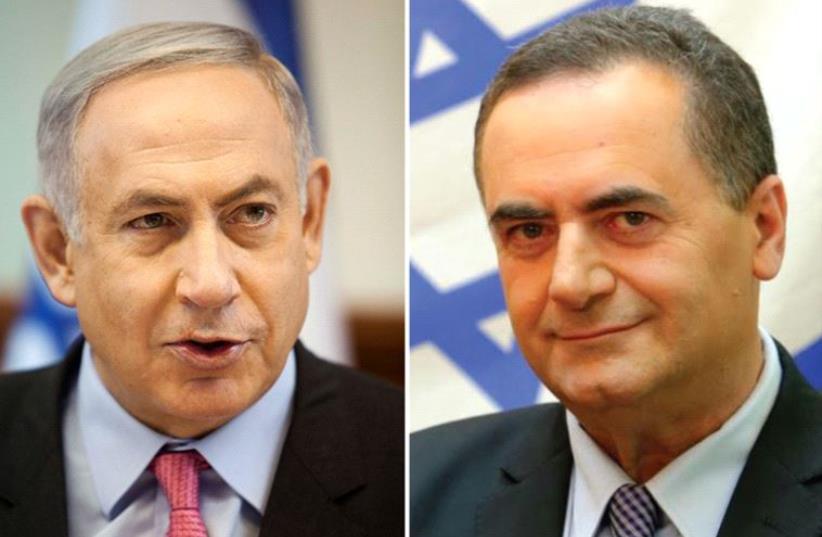 Netanyahu and Katz
(photo credit: REUTERS,MARC ISRAEL SELLEM)
Advertisement
Tourism Minister Yariv Levin will hold the ceremonial title of acting prime minister while Prime Minister Benjamin Netanyahu is abroad starting Tuesday. The law requires the cabinet to appoint an interim prime minister when the prime minister is out of the country in case he cannot be reached while Netanyahu is in the Netherlands.The job is traditionally given to a security cabinet minister from the prime minister’s party. Levin is not a member of the security cabinet, so if the security cabinet must convene while Netanyahu is abroad, the premier decided to give Finance Minister Moshe Kahlon the right to convene the security cabinet. The ongoing dispute between Prime Minister Benjamin Netanyahu and Transportation Minister Israel Katz had created a problem over who would be the replacement.When his government was formed, two ministers alternated as interim prime minister when Netanyahu went abroad: Silvan Shalom and Israel Katz. Shalom quit politics due to sexual harassment allegations that were later dropped.Since Shalom’s departure, Katz has filled in every time Netanyahu has gone abroad except once, when the prime minister asked Public Security Minister Gilad Erdan to receive the role.But when Netanyahu leaves for the Netherlands, Erdan will be in London. Defense Minister Avigdor Liberman and Energy and Water Minister Yuval Steinitz will also be abroad. This left only one Likud minister in the security cabinet: Environmental Protection and Jerusalem Affairs Minister Ze’ev Elkin. His spokeswoman said Sunday that Elkin had not been told to fill in for Netanyahu, but he had been asked to fill in for Liberman, who also requires a replacement when he is abroad.Herb Keinon contributed to this report.