In his weekly cabinet meeting, Netanyahu also reiterated that the Palestinian prisoner hunger strikers' demands will not be entertained. 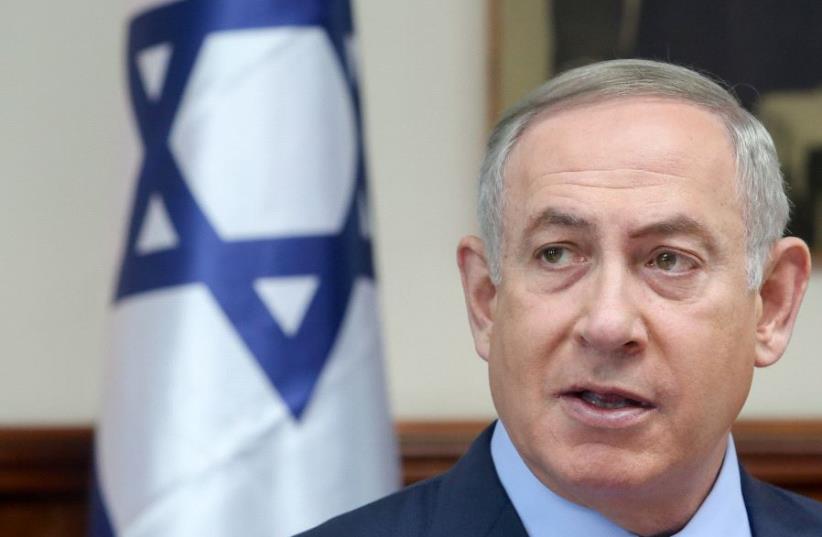 Benjamin Netanyahu
(photo credit: MARC ISRAEL SELLEM/THE JERUSALEM POST)
Advertisement
Prime Minister Benjamin Netanyahu will head a committee to ensure Holocaust survivors receive better treatment, he announced at a Sunday morning cabinet meeting on the eve of Holocaust Remembrance Day in Israel.Netanyahu described a major issue in Israel concerning survivors in which funds intended to reach them are tangled up in bureaucracy.  "There is money that is not being used correctly because of bureaucracy," he said. "We must unlock  what is 'jamming' the system."The premier also apologized for the way families of fallen soldiers were treated during a hearing in the Knesset's State Control Committee last week, saying that "there was a need to apologize immediately and its good that it was done."The apologies came from coalition chairman David Bitan and MK Miki Zohar (Likud). Last week, Bitan, known for his temper, called the bereaved father of a fallen soldier Ilan Sagi a liar, and accused the opposition of taking advantage of the bereaved to attack the prime minister. Zohar shouted down Leah Goldin, whose son Hadar’s body is being held by Hamas in Gaza, after she said Netanyahu was making her family out to be “enemies of the state.”Both incidents led to opposition MKs yelling at Likud MKs. Zionist Union MKs flooded WhatsApp with messages slamming the Likud party for disrespecting bereaved families. While Netanyahu is not one to shy away from debate, he clearly realized that his would-be defenders were doing more harm than good.Also in the cabinet meeting, Netanyahu disparaged the Palestinian Authority, saying they "must stop funding terrorists sitting in Israeli jails," and adding that "this is a simple and sharp test that will show if the Palestinians want peace."
Palestinian prisoners in Israel prepare for a massive hunger strike. (Reuters)
The Prime Minister also commented on the ongoing Palestinian prisoner hunger strike, which is rumored to have ended, though the situation is unclear. "About the security prisoner's hunger strike, among them are many convicted murderers. We are following a strict and responsible policy that abides by international norms and not by the wishes of terrorists."Lahav Harkov contributed to this report.