On the schedule: Putin, Hollande and Abe, plus new PMs of Canada, Poland and Australia. 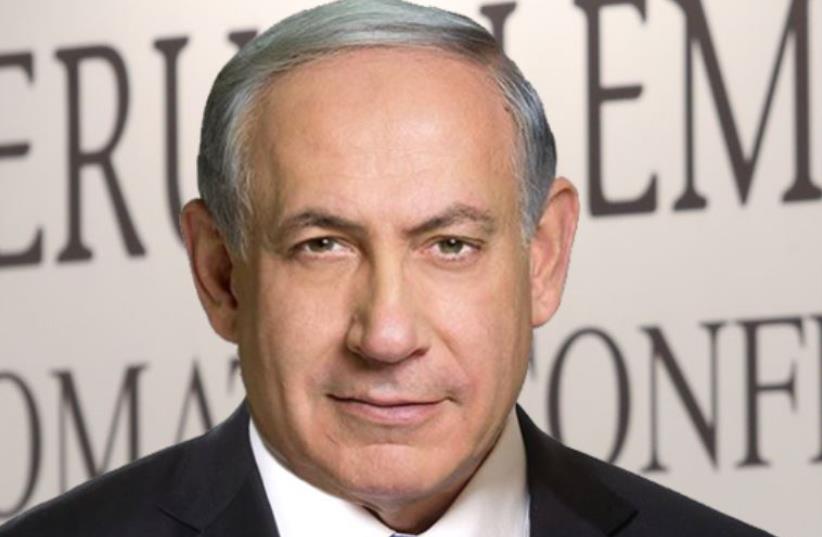 PM Benjamin Netanyahu
(photo credit: Courtesy)
Advertisement
Prime Minister Benjamin Netanyahu is scheduled to leave early Monday morning for Paris and join some 140 leaders from around the world at a conference on climate change that – since the terrorist attacks in Paris earlier this month – has also morphed into a demonstration of solidarity with France and an international statement against terrorism.He is scheduled to meet for 30 minutes each with Russian President Vladimir Putin, French President Francois Hollande, and Japanese Prime Minister Shinzo Abe. In addition, he is taking the opportunity to meet for the first time with the following new prime ministers: Canada’s Justin Trudeau, Australia’s Malcolm Turnbull, and Poland’s Beata Szydło.For lack of time, Netanyahu will not meet some of the other leaders who will be in the French capital on Monday, including US President Barack Obama and Chinese President Xi Jinping. He may however also meet with Indian Prime Minister Narendra Modi and Dutch Prime Minister Mark Rutte.Turkey’s President Recep Tayyip Erdogan will also be in Paris. So far Erdogan’s efforts to set up a meeting with Putin to discuss the recent Turkish downing of a Russian warplane have been rebuffed by Moscow.The prime minister is scheduled to fly back to Israel late Monday night.Netanyahu is scheduled to address the conference Monday afternoon. The goal of the conference is to create a legal framework to keep global warming below 2 degrees Celsius, the level scientists believe is necessary to prevent floods, rising sea levels and the extinction of various plants and animals.The conference, which will continue until December 11, is taking place near Le Bourget Airport, north of Paris, amid extraordinary security precautions that, as of Sunday afternoon, have already virtually closed the main arteries into the city.Netanyahu told the cabinet on Sunday that his planned meetings with world leaders, as well as visits to Israel last week by Greek Prime Minister Alexis Tsipras and Cypriot President Nicos Anastasiades earlier in the month, are proof of Israel’s flourishing relations with many countries around the world.“This week the Deputy Prime Minister of Vietnam will arrive to discuss expanding bilateral cooperation. There are many problems in the international arena. One of our problems is the schedule; there is simply a scheduling problem. Whoever spoke about the collapse of our relations with the US, with the world in general and with the Arab world in particular, is mistaken,” he told the cabinet.Regarding ties with the Arab world, Netanyahu praised Foreign Ministry director-general Dore Gold for his work in the “opening of an office in Abu Dhabi,” where Israel is set in the coming weeks to open a mission to the International Renewable Energy Agency.“This reflects the fact that Israel is appreciated in many fields including technology, and other fields, both within the Middle East and beyond,” Netanyahu told the cabinet.Although UAE officials have made clear this is in no way an upgrade in ties between Israel and UAE, the opening of this mission will mark the first time that Israel would have any type of formal presence in the UAE.Netanyahu has been saying for months that Israel has discreet contacts with many countries in the region, and that there is a unique confluence of interests now between Israel and moderate Sunni states in the region because of common threats from Iran and Islamist terrorists.In addition to embassies in Jordan and Egypt, Israel in the past has had trade offices – all currently closed – in Morocco, Tunisia, Qatar and Oman.