Netanyahu to US senator: ISIS should be fought but Iran should be stopped

The prime minister called on Sen. Bill Cassidy of Louisiana to join in applying pressure to avoid a rushed nuclear deal with Iran. 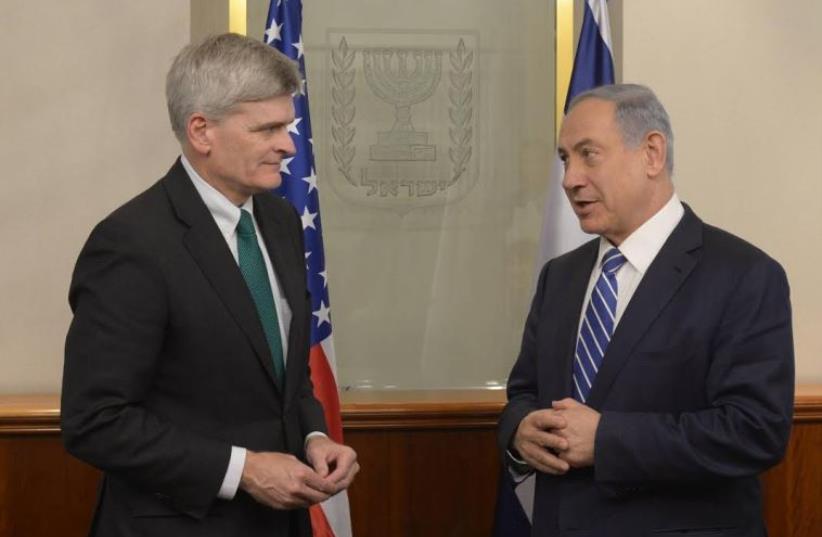 Prime Minister Benjamin Netanyahu meeting with Republican Louisiana senator Bill Cassidy
(photo credit: GPO)
Advertisement
Prime Minister Benjamin Netanyahu called for action to be taken to stop Iran while meeting with Republican Senator Bill Cassidy from Louisiana on Tuesday."We shouldn’t give Iran a path to nuclear weapons and billions of dollars to pursue aggression because of ISIS. ISIS should be fought; Iran should be stopped."Referring to the ongoing P5+1 nuclear negotiations with Iran, Netanyahu said that "as horrific as ISIS is, once Iran acquires nuclear weapons, it will be a hundred times more dangerous and more destructive than ISIS."He called the relationship between Israel and the US a "precious asset for both countries," adding that "everyone in Israel thinks so, as I do."He called on the senator to apply pressure to avoid a bad nuclear deal, which the premier said is being rushed. "This is necessary, urgent and possible for both our countries."Cassidy was one of 106 legislators to support a request to the US House Committee on Appropriations for $2 million toward American- Israeli cooperation in the energy sector.