Prime minister says officials working at all levels to bring affair to a swift close. 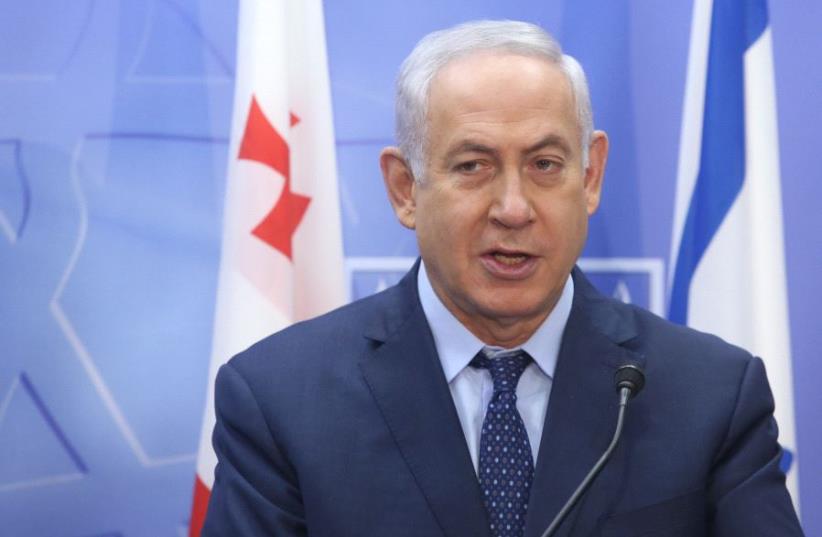 Benjamin Netanyahu
(photo credit: MARC ISRAEL SELLEM)
Advertisement
Prime Minister Benjamin Netanyahu resolved on Monday to bring back the embassy security guard who Jordan is not allowing to leave the country, following  the incident at the embassy compound Sunday night.Netanyahu, before meeting with the Georgian prime minister, said he spoke a number of times overnight with Israel's  Ambassador to Jordan Einat Schlein as well as to the guard."I was impressed that she is handling the matter in the best way possible," Netanyahu said. "I promised the security guard that we will bring him back. We are experienced with this."Netanyahu said he told both of them that consults are being carried out with security and government officials in Amman at all levels in order to bring the affair to a swift close.The guard fired two shots after being stabbed from behind with a screwdriver , killing the assailant and fatally wounding another man present.Jordan's Ambassador to Israel went to the Foreign Ministry Monday morning and was asked for his assistance.Netanyahu said that contacts are also being conducted in other tracts in order to bring the whole delegation home. "We are doing this responsibly and with dedication," said Netanyahu. "This is also the way we are acting in order to ensure security and quiet on the Temple Mount, in the Old City and all Jerusalem.
Herb Keinon speaks about the Israeli Jordanian crisis (credit: HERB KEINON)
Netanyahu said the security cabinet would be convened Monday afternoon to deal with the issue.
While the opposition was quick to criticize Netanyahu's handling of the situation, the prime minister received a strong vote of confidence from his partners on the right."The government of Israel is acting with responsibility, unity and thoughtfulness in the face of a complicated diplomatic and security situation," said Bayit Yehudi (Jewish Home) Chairman Naftali Bennett at the start of his party's weekly faction meeting. "In contrast to the claims from the opposition benches the decisions are made in an orderly, rational and responsible manner, and I fully back the Prime Minister, Israel Police and all the security forces.""The Minister of Justice is working alongside me on the judicial side, to make sure the world and Jordan understand the complete immunity of the Israeli diplomat, and we are working through a number of parallel channels to bring our man back from Jordan," he added.