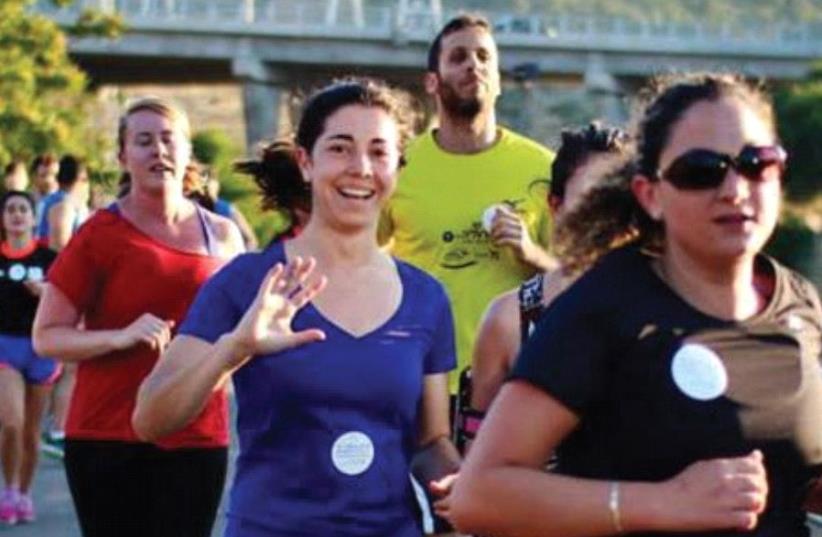 MEMBERS OF Runners Without Borders participate in a race in east Jerusalem in March
(photo credit: Courtesy)
Advertisement
Runners Without Borders on Friday will host 500 Jewish and Arab joggers for the first race of its kind through the southeastern Jerusalem neighborhood of Jebl Mukaber.“The goal of the race is to strengthen the connections between [the] eastern and western parts of Jerusalem and encourage cooperation and collaboration between Jews and Arabs, particularly in light of the tensions in the area,” the interfaith organization said in a statement.The race was scheduled following a successful pilot competition in the neighborhood in March.Participants will follow a five-kilometer course extending from Jebl Mukaber through the Peace Forest to the mixed neighborhood of Abu Tor. The event also will include a performance by a mixed Arab-Jewish musical ensemble.Terrorists residing in Jebl Mukaber have carried out numerous deadly attacks against Jews in the adjacent neighborhood of Armon Hanatziv, including a flat-bed truck ramming attack in January that killed four soldiers and wounded 17.Dozens of other running organizations also will participate in the race, including a group from the bilingual Max Rayne Hand in Hand Jerusalem School.Runners Without Borders was created by Jerusalem residents at the end of 2014 in response to the pronounced wave of violence in the capital. It holds weekly training sessions with 60 members from Jebl Mukaber, Ras el-Amud, Silwan, Shuafat, Beit Hanina, Tsur Baher, Gilo, Kiryat Menahem, Arnona and Talpiot in Jerusalem, and the settlements of Tekoa and Adam.Members of Runners Without Borders participate regularly in races in Israel and abroad, including marathons in Jerusalem, Bethlehem, Berlin, Milan and the Richmond Race in London.Friday’s race will begin at 8:15 a.m. near the Yes Planet Cinema adjacent to Abu Tor.