According to Israel’s ambassador, Ron Dermer, this will be the first time that Yad Vashem will stage an event honoring the Righteous Among the Nations in the United States. 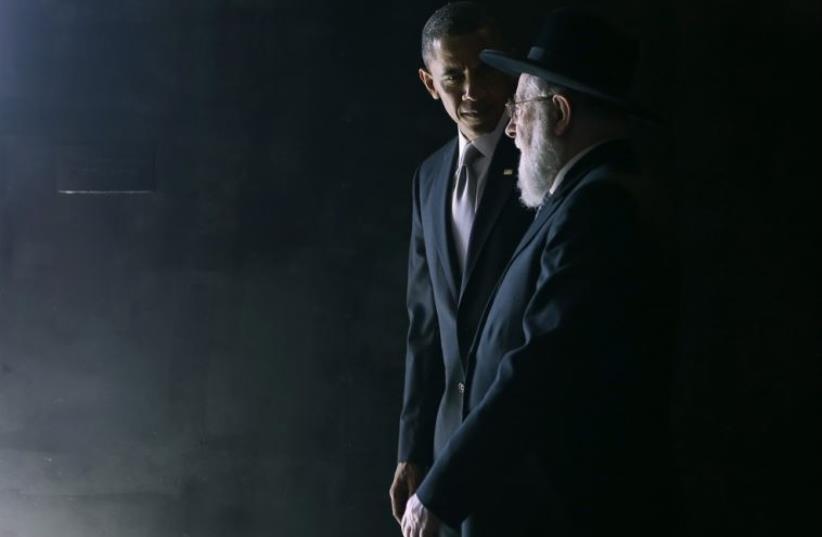 US President Barack Obama walks with Rabbi Israel Meir Lau in the Hall of Remembrance during Obama's visit to the Yad Vashem Holocaust Memorial in Jerusalem, March 22, 2013
(photo credit: REUTERS)
Advertisement
US President Barack Obama will participate in a ceremony honoring the Righteous Among the Nations – non-Jews who helped rescue Jews during the Holocaust – at a special event scheduled to be held in Israel’s embassy on Wednesday, The New York Times reported on Friday.According to Israel’s ambassador, Ron Dermer, this will be the first time that Yad Vashem will stage an event honoring the Righteous Among the Nations in the United States.


Obama’s appearance at the embassy is a rare feat, as presidents are not known to give speeches at foreign embassies in Washington.Wednesday, the 27th of January, is International Holocaust Remembrance Day, which was established by dint of a UN General Assembly resolution in 2005.Israel marks its own memorial day for the victims of the Nazi genocide.
Advertisement
Subscribe for our daily newsletter