Opposition MKs accuse PM of ‘trying to take over the media’

“This worthless agreement was approved by the attorney-general, although no decent one would have approved it.” 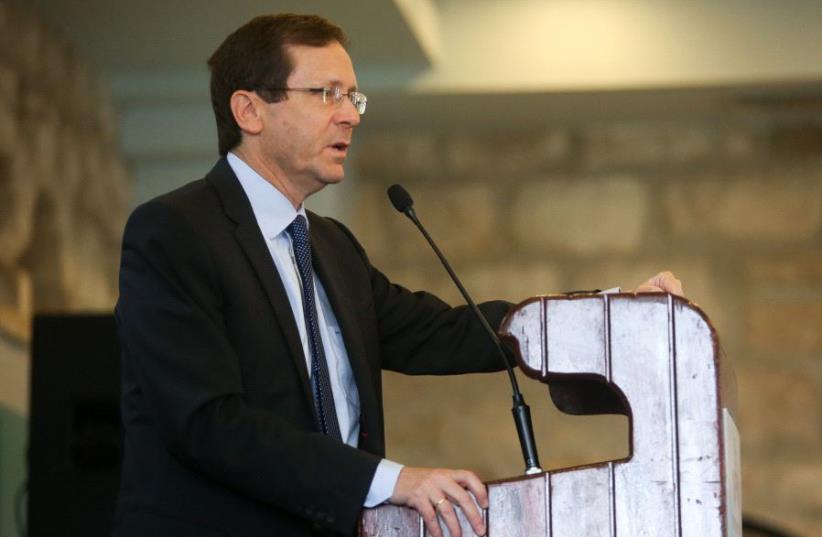 Isaac Herzog
(photo credit: MARC ISRAEL SELLEM)
Advertisement
The Knesset plenum held a debate Wednesday on the Israeli Broadcasting Corporation issue under the title “The Prime Minister’s attempts to take over the media.”The session was held during the parliament’s Passover recess due to a special request by the opposition.All coalition members, except MK Oren Hazan and Acting Communications Minister Tzachi Hanegbi, both from the Likud, boycotted the debate and left the plenum hall when it started. Hazan is a member of the Knesset’s Special Committee for Discussion on the Public Broadcast Bill 2015, while Hanegbi was obliged to represent the government.Opposition chairman Isaac Herzog (Zionist Union) slammed Prime Minister Benjamin Netanyahu and called the compromise deal between him and Finance Minister Moshe Kahlon (Kulanu) over the establishment of the Israeli Broadcasting Corporation and the staffing of its news division by employees of the old Israel Broadcasting Authority “a disgrace.”“This is not a good agreement and it will not be implemented,” Herzog said. “It is illegal and impossible. The IBC will be established as planned.“Now it is our duty to take care of the IBA workers. Using the budget surplus we can and should take care of the future income of hundreds of IBA employees who were not absorbed in the IBC,” Herzog added.Meretz chairwoman Zehava Gal- On said the IBC deal is yet another move by Netanyahu to weaken the institutions of democracy in Israel.“He wants to crush the guardians [of democracy],” she said. “He is working against the Supreme Court, the State Attorney’s Office, the state comptroller and now the media.They want an obedient and castrated media.”Gal-On called Netanyahu obsessive and claimed that entire coalition is pursuing his obsessions.“The public is paying for it,” she said. “This worthless agreement was approved by the attorney-general, although no decent one would have approved it.”Hanegbi mocked the opposition for the poor attendance at the session, where only nine opposition MKs showed up.“The opposition asked to hold a rare special debate during the recess on a very important topic that is occupying the public discourse and echoing in all levels of the Israeli society,” he said. “But it seems that the opposition does not really care.”