Peretz lost to Gabbay in the July 10 Labor leadership race and maintains a large camp in the party. He became the first MK to announce his opposition to the plan. 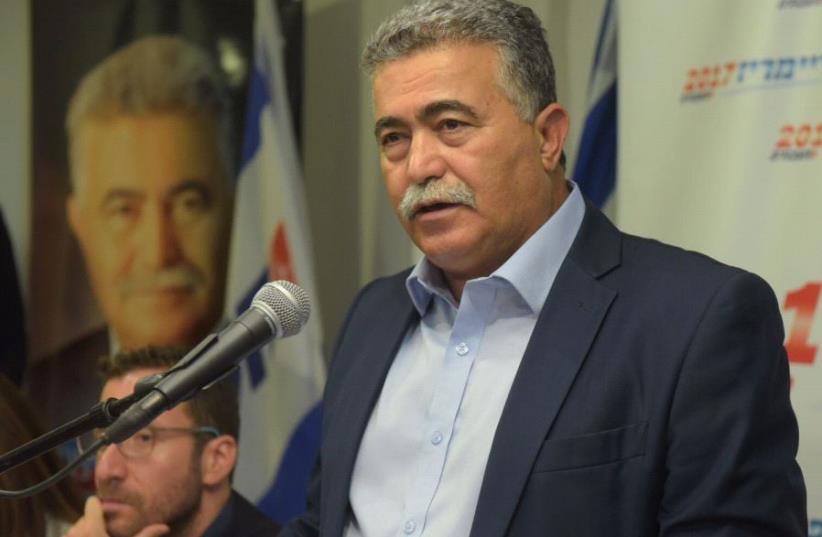 Amir Peretz
(photo credit: AVSHALOM SASSONI)
Advertisement
Labor leader Avi Gabbay suffered a political blow on Thursday when MK Amir Peretz announced that he opposes Gabbay’s plan to expand his power.Peretz lost to Gabbay in the July 10 Labor leadership race and maintains a large camp in the party. He became the first MK to announce his opposition to the plan.“To win the next election, we must keep Labor democratic and pluralistic,” Peretz said.Peretz informed Gabbay of his decision on Thursday.Efforts will be made to bridge the gap between Peretz and Gabbay ahead of a party convention set to take place in two weeks.“We should avoid unnecessary conflicts and reach compromises,” Peretz said.The most controversial change Gabbay intends to request is the right to select four candidates in realistic slots for the next Knesset, two of whom would be placed in the top 10 on the candidates list. Gabbay said on Thursday that the slots would be used to merge with other parties ahead of the next election.Gabbay also wants to make decisions about appointments, including to committees, of Zionist Union MKs in the Knesset and gain more control over the party’s finances at the expense of Labor secretary-general Eren Hermoni. In an effort to reach out to Hermoni, Peretz told a meeting of Labor’s executive committee secretariat on Thursday that he decided to reserve the 11th slot on the Labor list for the secretary-general.The secretariat decided to approve Gabbay’s request to put his plan on the convention’s agenda, and so it effectively passed its first hurdle on the way to approval in the party’s institutions.