Prominent Israeli TV journalist: Not sure I want my kids to stay here 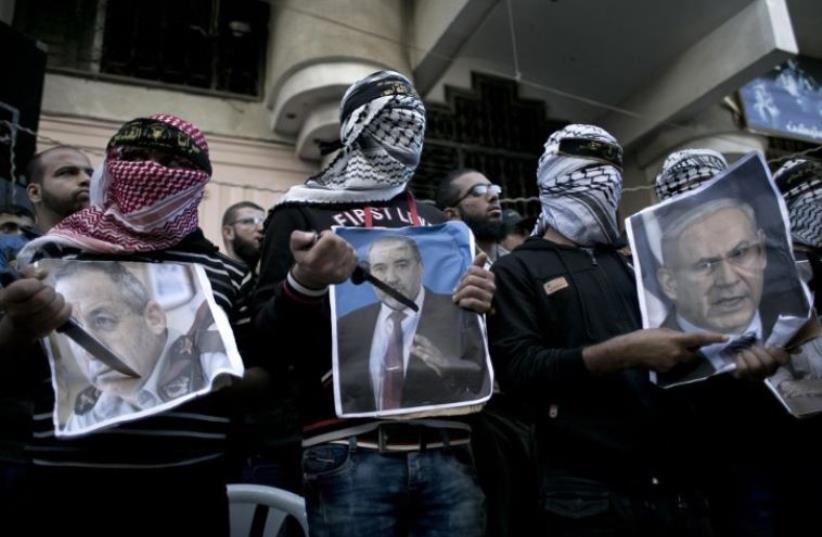 Palestinians hold knives in front of posters of Prime Minister Benjamin Netanyahu (R), Avigdor Liberman (C) and former premier Ehud Barak
(photo credit: AFP PHOTO)
Advertisement
A prominent Israeli military correspondent said on live TV that he was no longer certain he wants his children to stay in Israel.Speaking on Channel 2’s popular Friday night news program, veteran journalist Roni Daniel said: “After this week, I’m not sure I want my children to remain here.”Daniel was referring to Prime Minister Benjamin Netanyahu’s surprise decision this week to bring the right-wing Yisrael Beytenu party into his governing coalition and appoint Avigdor Liberman as defense minister.Liberman, a former foreign minister who is known for his hawkish views, will replace Likud’s Moshe Yaalon.Asked by another correspondent on the show why he said that about his children, Daniel, a veteran of the 1967 Six Day War, said because of “the culture of government” in Israel, specifically the presence of right-wing politicians Ze’ev Elkin, Yariv Levin, Miri Regev and Bezalel Smotrich in the coalition.“I’ll stay here,” Daniel added. “My children, I’m not so sure.”Another longtime Channel 2 correspondent, Amnon Abromowitz, told Daniel that Netanyahu “will eventually end his rule” and urged him to “look at this as an intermediary period.”Later in the broadcast, when asked again about his remark, Daniel said, “I can’t command my children to stay here. It’s not a pleasant place to be. They’ll make up their own minds, but if I had thought in the past that it would be a disaster (if they left), not anymore.”