Ateret Cohanim: There is "no force or coercion used in any circumstance – only free sale, free will and financial payments." 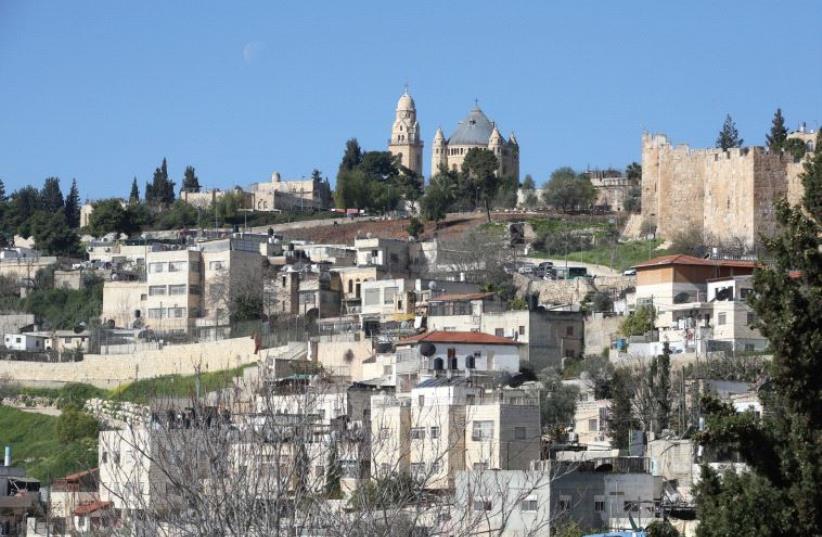 Homes in the eastern Jerusalem neighborhood of Silwan, pictured above
(photo credit: MARC ISRAEL SELLEM)
Advertisement
Ateret Cohanim, a rightwing NGO that aids Jews in facilitating legal purchases of residential Arab properties in east Jerusalem, dismissed on Wednesday a report by two left-wing NGOs alleging that it is colluding with the government to evict the primarily Palestinian community of Silwan.The report, published by Ir Amim and Peace Now, entitled “Broken Trust: State Involvement in Settlement in Batan al-Hawa, Silwan,” claims that Ateret Cohanim has been working since 2001 to evict Arab residents in Silwan’s Batan al-Hawa to create “a large Israeli settlement,” citing Beit Yonatan, a six-story dwelling that houses 10 families, and Beit Hadvash, a small one-unit building situated nearby.Located near the Temple Mount, the Batan al-Hawa neighborhood has a population of approximately 10,000 Palestinians. It was formerly a thriving Yemenite Jewish community, before Arab rioting in 1929 and 1936-37 violently displaced 150 Jewish families living there.Last June, despite strong political opposition, the Jerusalem Municipality’s Planning and Building Committee approved construction of a residential building near Beit Yonatan.The decision followed several years of delays due to concerns by government officials and activists regarding the geopolitical implications surrounding the structure’s approval.“Over the ensuing decade, settlement in the area was limited to these two buildings [Beit Yonatan and Beit Hadvash], comprising a total of seven or eight housing units,” the report stated. “Today, the primary tool used to realize settlement plans in Batan al-Hawa is the forced eviction and removal of Palestinian families who have lived in the neighborhood for decades.”According to the report, claims are based on the argument that the title to the area was held by the Benvenisti Trust, a Jewish trust active there in the late 19th and early 20th centuries. The land in question covers an area of 5.2 dunams, and is currently home to some 90 Palestinian families.Based on Israeli law, the report states that land belonging to Jewish trusts prior to 1948 is managed by the Israeli General Custodian, which it claimed is enabling Ateret Cohanim to illegally take over the disputed properties.“In 2001, individuals with close ties to Ateret Cohanim were appointed as trustees to the Benvenisti Trust, and in 2002 the General Custodian transferred the land to its possession, thereby empowering the trustees to advance their eviction claims,” the report claimed.It also alleged that via the General Custodian, the Benvenisti Trust has purchased additional tracts of land previously managed by the General Custodian “without tender and without the residents currently living on the plots being afforded an opportunity to purchase them.”The NGOs go on to claim that Ateret Cohanim has “purchased properties from Palestinian residents using questionable means,” which the report contends are engineered to evict over 100 families to create “the largest settlement compound in the historic basin of the Old City.”The outcome, the report stated, is designed to “significantly tighten the emerging ring of settlements around the Old City, and severely undermine the possibility of a future two-state solution in Jerusalem.”Not so, said Ateret Cohanim’s executive director, Daniel Luria, who on Wednesday dismissed the report as grossly “biased and flawed,” both ideologically and legally.“The radical left-wing organizations behind the report simply have an agenda which opposes the realization of the centuries-old Zionist dream of returning to our Jerusalem...and an agenda which promotes [an] anti-democratic stance of free and open real estate sales, regardless of religion, creed, or race,” said Lauria.“Ateret Cohanim does not believe in Judenrein areas, whereby there should be areas, free of Jews, and whereby Jews should be forbidden to purchase and live in any neighborhood.“Ateret Cohanim believes that Jews have the natural, historical, legal, moral and religious right to purchase in any neighborhood in the “holy basin” – or anywhere in Jerusalem – and to be able to live in peaceful coexistence with their Arab neighbors.”Luria said all the NGO’s acquisitions of Arab properties remain unequivocally legal, and are undertaken to further its mission to lawfully reacquire Jewish homes to rebuild a Jewish presence in neighborhoods of the capital where Jews were driven out en masse by Arab mobs during the British Mandate.“By returning to these old Jewish neighborhoods, and paying good money and acting in accordance to the law, we are both fulfilling the Zionist dream, and righting a historical wrong,” he said.“We live in a democratic country of law and order, not a banana republic. There is no force or coercion used in any circumstance, [only] free sale, free will, [and] financial payments.”Moreover, noting ongoing death threats against Arabs who sell property to Jewish buyers, Luria said such transactions are far from routine, and therefore “one should take some of the Ir Amim [and] Peace Now claims with a grain of salt.”