Senior Facebook execs in Israel to talk about social-media incitement

In July, Public Security Minister Gilad Erdan charged that Facebook bore part of the blame for the terrorist murder of 13-year-old Hallel Ariel in Kiryat Arba. 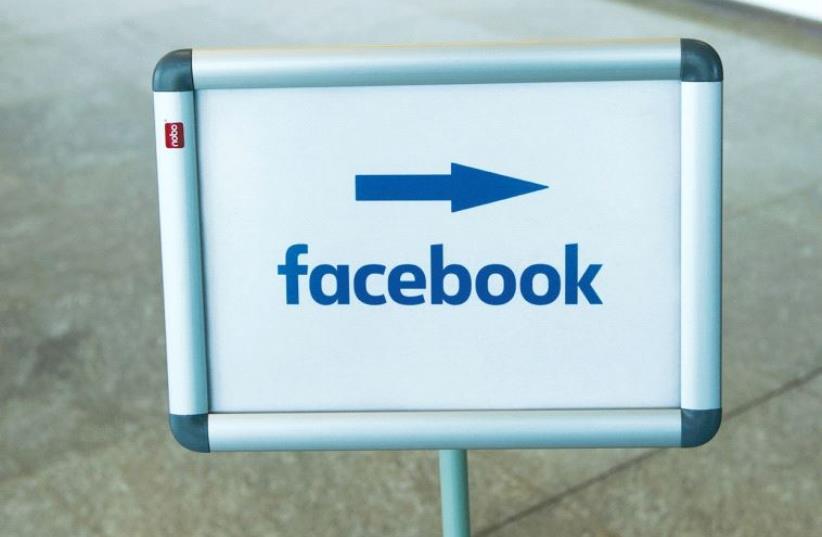 Facebook
(photo credit: REUTERS)
Advertisement
In a visit Facebook is veiling in mystery, a senior delegation from the social media giant is in Israel to discuss cooperation with Jerusalem in fighting incitement on the platform.A Facebook representative provided almost no details of the trip by Joel Kaplan, vice president of global public policy, and Monika Bickert, head of product policy and counter terrorism.The representative would not say when the delegation arrived or is leaving, let alone what the talks are focusing on. Kaplan served previously as White House deputy chief of staff for policy under president George W. Bush.Prime Minister Benjamin Netanyahu revealed the presence of the group at Sunday’s cabinet meeting, although the delegation will not be meeting with him this visit. There have been several high-level Facebook delegations here over the last two years to discuss issues of mutual concern.“The fight against terrorism is also being waged on the social networks, and a senior delegation from Facebook is currently in Israel,” Netanyahu said to the cameras at the outset of the cabinet meeting.“The goal here is to improve cooperation against incitement, the incitement to terror and murder, on the social network.”Netanyahu said that, while the Internet has brought considerable blessing to humanity, “folded within it – to our regret – is also a curse, because terrorists and inciters are using the Internet to attack mankind.We are determined to fight these phenomena and, therefore, I welcome the cooperation, or at least the desire for cooperation, that Facebook is showing, and we hope that these will lead to better results.”In July, Public Security Minister Gilad Erdan charged that Facebook bore part of the blame for the terrorist murder of 13-year-old Hallel Ariel in Kiryat Arba.“I have no doubt that Facebook, today, which brought a positive revolution to the world, unfortunately since the rise of ISIS, has simply become a monster,” Erdan said. “The younger generation in the Palestinian Authority suckles all of its incitement against Israel from Facebook and, in the end, goes and commits murders.Some of the blood of the victims of the recent attacks, including that of Hallel, may her memory be blessed, is unfortunately on the hands of [Facebook head] Mark Zuckerberg, because the police and security forces could have been told about the post of that vile murderer.”Ariel’s murderer, Muhammad Tarayrah, 17, praised martyrdom in his Facebook posts, and just days before the attack wrote that “death is a right and I am asking for my right.”Erdan said that Facebook sabotages the work of the police by not cooperating when the police turn to the company regarding a West Bank resident.“If other media outlets were to demonstrate how to murder Jews, they would have been closed immediately,” Erdan said. “This is the time for citizens of Israel to demand, in any way they can, that he [Zuckerberg] monitor the platform he created, from which he has made billions, and remove inciting content. The responsibility is his.”At the time, Facebook responded by saying that “there is no place for content that encourages violence, direct threats, terror or words of hate on our platform.” It added that it “has a regular dialogue” with the government on these issues.Erdan, together with Justice Minister Ayelet Shaked, are behind a proposed bill that would get material deemed as promoting terrorism off the various social media platforms, such as Facebook, Twitter, You- Tube and Google.The Facebook representative would not say whether this proposed bill was the impetus for the visit by the organization’s executives.