“Haman thought he could destroy, slay and exterminate the Jews for only one reason, because Jews were spread and divided among the nations. That separation is a tragedy." 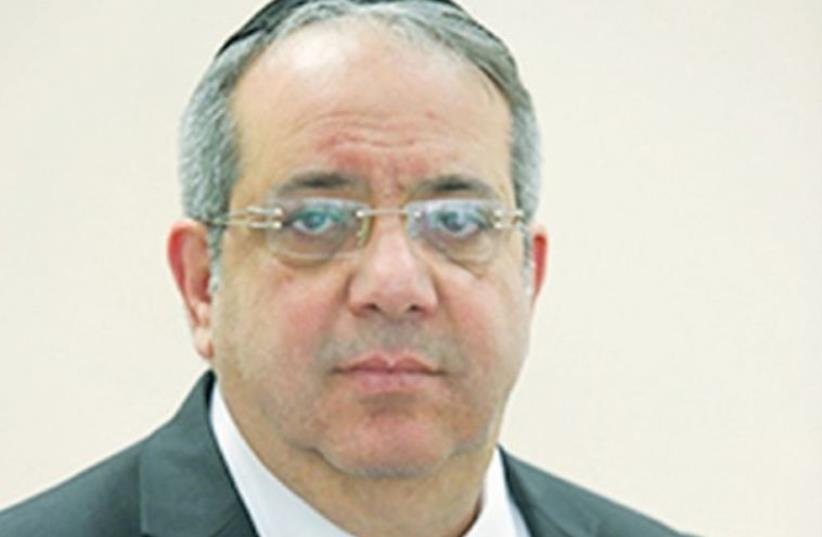 Shas MK Yigal Guetta
(photo credit: KNESSET)
Advertisement
Shas MK Yigal Guetta compared Reform Jewry to Haman, saying they want to divide and weaken the Jewish people in a motion to the Knesset’s agenda on the eve of Purim Wednesday.Explaining the motivations of the Book of Esther’s villain, Guetta said: “Haman thought he could destroy, slay and exterminate the Jews for only one reason, because Jews were spread and divided among the nations. That separation is a tragedy."“One thousand, six hundred years later, we’re facing a new attempt to divide us, and unfortunately, it’s coming from the inside, from people in a costume of liberalism,” Guetta added, referring to the Reform Movement. “They are going to bring a spiritual and material disaster. They eat away at everything good in Israel and the Jewish people.”In that vein, Guetta also argued that Rabbi Stephen S. Wise, a Reform rabbi who died in 1949, hindered efforts to save Jews from the Holocaust by bringing them to the US.Guetta called the Reform Movement the “No. 1 reason for assimilation,” blaming them for a disconnect between young American Jews and Israel.The Shas MK also claimed that the Reform Movement is corrupt and uses its funds to buy cooperation from the Israeli government, and accused President of the Union for Reform Judaism Rabbi Rick Jacobs of being an “underworld figure” who blackmailed and threatened Prime Minister Benjamin Netanyahu.“He is trying to use his money to get us to adopt their stances, like recognizing non-Jews as Jews,” Guetta stated.Guetta referred to Jacobs using the English pronunciation of rabbi, as opposed to the Hebrew rav, seemingly implying that Jacobs is not a legitimate rabbi, and mocked Reform Jews for calling their synagogues “temples.”The Shas MK wondered why Reform Jews are interested in having an egalitarian section constructed by the Western Wall, as the government authorized earlier this year, asking: “What do you care? Why can’t you go to a wall in Herzliya and pray there?” The Women of the Wall, he added, “only put on tefillin when Channel 2 is there.”“There is a reason that [deceased Shas spiritual leader] Rabbi Ovadia Yosef, who is a symbol of love for all of God’s creations, had such strong things to say against Reform [Jews],” Guetta said.“We won’t change one word of our Torah, even if our prime minister is scared of them!” Throughout the speech, female MKs from the opposition shouted at Guetta.MK Merav Michaeli (Zionist Union) said he is making “slanderous statements.”Religious Services Minister David Azoulay, also of Shas, brought another biblical reference in his response, saying that the Reform Movement is like Datan and Aviram, who rebelled against Moses in the wilderness.“There have always been Jews of weak character,” Azoulay sighed.As for Jews in the 21st century, Azoulay said: “Judaism doesn’t work the way you want it. You can’t change it.“These people invest massive funds and all the influence they have in order to sabotage God’s Torah. Look at what is happening in America, so much assimilation.God forbid such a thing should reach us,” he said.Jacobs condemned the latest in what has been a series of vitriolic statements by haredi leaders agains the non-Orthodox movements, saying that it was “shameful and pathetic that yet another Haredi leader has chosen to speak harsh, hateful words towards the largest Movement in Jewish life.”“Shas MK Yigal Guetta’s comparison of Reform Jewry to Haman betrays his ignorance of our vibrant Movement and of the redemptive message of the Megillah,” he said. “If Esther lived today she would no doubt be active in a Reform congregation, one that understood that Jewish life must never stop evolving. Esther is married to a non-Jewish man, is more flexible with her ritual observance but most importantly, loves her people and saves them through her courageous leadership. This Purim I hope that Jews stop speaking hateful words towards those who practice Judaism differently and instead find inspiring ways to protect and strengthen the Jewish people throughout the world.”Rabbi Gilad Kariv, director of the Reform Movement in Israel, said it was “sad and troubling to see how a religious party abuses a beloved holiday that is enjoyed by all Jews in Israel and in the Diaspora in order to stir hatred and incitement.“If there is one lesson from Megilat Esther it is that at the end of the day incitement and hatred works against those who spread it. Shas MKs and the religious services minister are welcome to wallow in their hatred and we will celebrate with thousands of Israeli families over the coming two days, a holiday of unity and overcoming difficulties,” said Kariv.Jeremy Sharon contributed to this article.