Smotrich to ‘Post’: Elkin’s plan is one step before dividing Jerusalem

The plan now faces hurdles in light of changes to Basic Law: Jerusalem.

By UDI SHAHAM
A view of Kafr Akab, one of the neighborhoods behind the security barrier that would be affected by Elkin's plan. (Udi Shaham)
(photo credit: UDI SHAHAM)
Advertisement
Jerusalem Affairs and Heritage Minister Ze’ev Elkin’s plan to cut off the neighborhoods behind the security barrier from the capital is one step before handing them over to the Palestinian Authority and essentially dividing Jerusalem, says MK Bezalel Smotrich.In an interview with The Jerusalem Post on Thursday, Smotrich (Bayit Yehudi) said that Elkin’s plan – which suggests establishing a new municipal entity for neighborhoods behind the wall, such as Kafr Akab and Shuafat refugee camp – will eventually lead to handing them over to the PA.“My fear regarding this plan is that once you have done this preliminary subtraction of the city, it will lead to further subtractions in which these neighborhoods would be given to the PA’s control,” he said.Last week, in an overnight voting session, the Knesset passed amendments to Basic Law: Jerusalem, the Capital of Israel. According to the new version of the law, the approval of 80 MKs is needed to allow the government to hand over Jerusalem territories to a foreign entity in future negotiations.Another suggested amendment to the law was to erase article five that protects the city’s current boundaries and to essentially allow for the implementation of Elkin’s plan to redraw the boundaries of the capital and establish a new municipality for the neighborhoods behind the security barrier.

Bayit Yehudi MK Bezalel Smotrich. (MARC ISRAEL SELLEM)
According to Elkin (Likud), because these areas are wide open to the West Bank, an increasing number of Palestinians are settling in them and thereby posing a demographic threat to the capital.This amendment was taken off the table at the last minute, reportedly due to pressure from Smotrich and from other right-wing groups.Smotrich maintains that using “the demographic terminology” is essentially Elkin, a right-wing minister, adopting a left-wing way of thinking. Smotrich believes that even if there is a demographic threat, it should be dealt with through positive means and not by cutting off neighborhoods from the capital.“I do not accept this ‘demographic’ argument. This a classic left-wing use of terminology,” he said. “Since that State of Israel was established, the Left warns from a demographic danger, and on this basis it wants to divide the Land of Israel. Elkin uses these same terms. He tried convincing me that it is different, but essentially it is the same argument.“During our short history we’ve seen that all the demographic predictions were not that accurate,” he added. “Thousands of time we’ve heard people saying that in such-and-such a time we’ll have an Arab majority – and it never happened. Not with the Arabs of the Land of Israel [West Bank Palestinians] and not with Israeli Arabs.”Smotrich holds that the proper solution to what Elkin sees as a threat is to attract Jews to Jerusalem, and to annex the surrounding settlements to the capital. 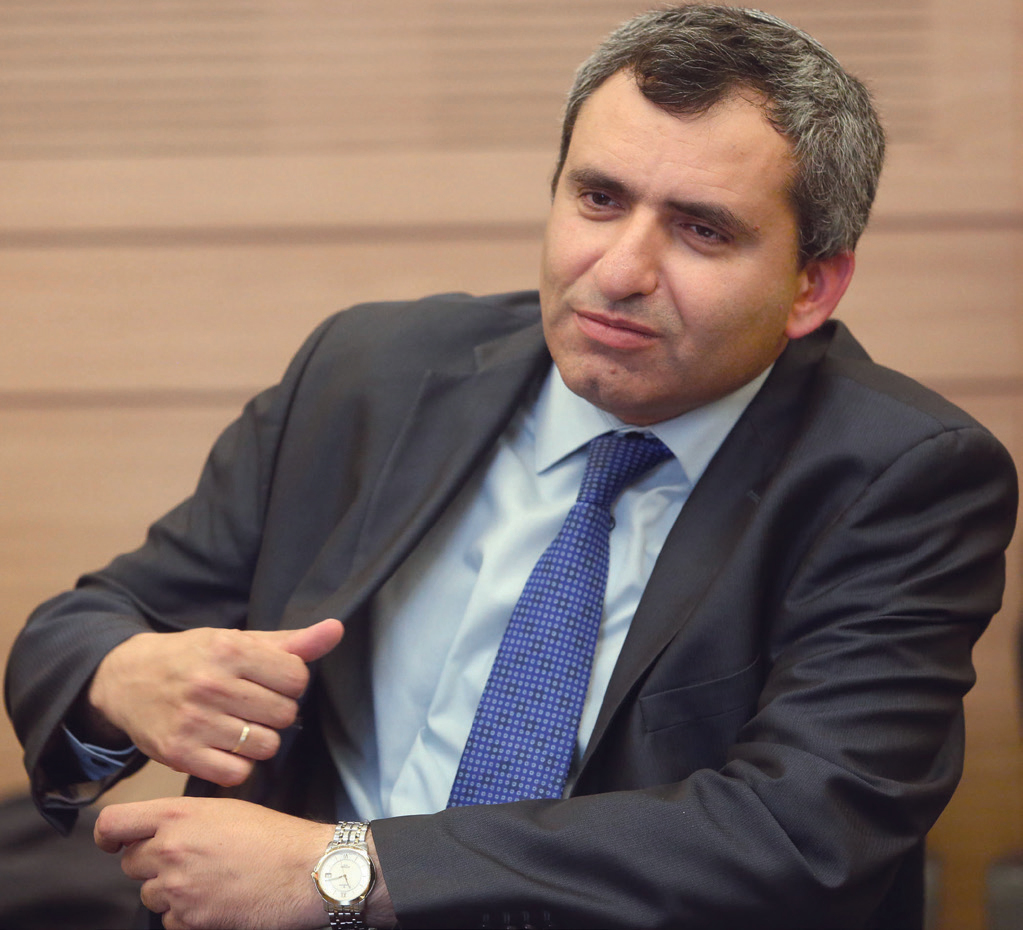 Ze'ev Elkin. (MARC ISRAEL SELLEM)
“We should build in Jerusalem, we haven’t built there in years,” he said. “There’s no building momentum in Jerusalem. It is getting older... We should build thousands of housing units there and attract young residents to the city instead.”Smotrich acknowledged the problems that these neighborhoods are facing: Police rarely enter them while municipality services are not provided for them. However, he holds that the solution to this is by taking down the security barrier and by finding a new path for it.“We should make these areas a part of Israel, and bring the state [police and municipality services] back,” he said. “Just like the problems we are facing with the Beduin in the Negev – a lack of governance and law enforcement. So these areas should also be cut off? We need to assume responsibility and take care of these areas,” he said.In order to implement the plan, Elkin needs to pass it through the Knesset in three readings. Smotrich said that he respects Elkin’s desire to promote it, but he will keep convincing the coalition that this plan is wrong.“I hope that we could convince the majority of the coalition and cabinet to object this plan,” he said.