Akunis: Test for Arab-Israeli leaders will be if they visit Tel Aviv killer's family

Milhem family erected a mourners' tent in Arara and was not not talking to the media. 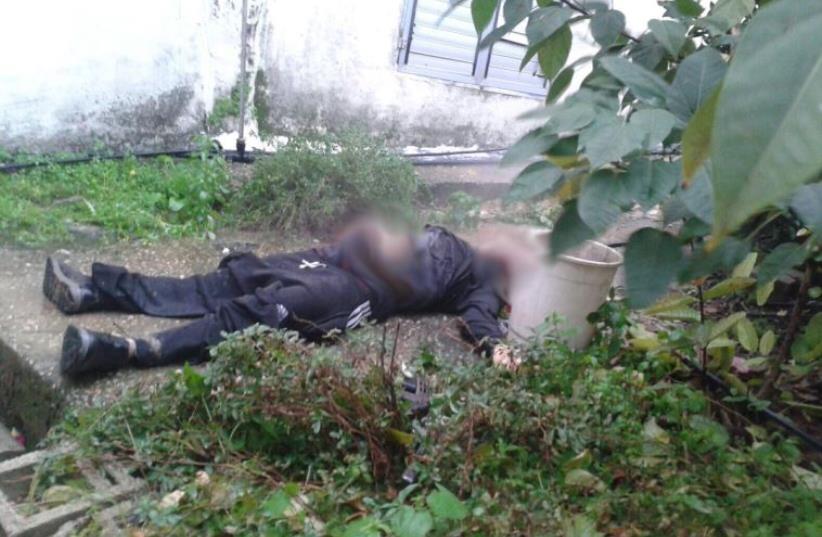 Tel Aviv shooter Nashat Milhem killed in gun battle with security forces in Wadi Ara
(photo credit: Courtesy)
Advertisement
The leaders of the Arab-Israeli minority in Israel - lawmakers in the Knesset from the Joint List party, and those leaders that serve outside of the legislature - must do some deep soul searching in light of recent events, said Science, Technology and Space Minister Ofir Akunis on Saturday. Akunis made the comments after the search for Nashat Milhem, the Arab-Israeli who killed three last week in Tel Aviv, came to an end on Friday when security forces killed the suspect in an exchange of fire. After going on a shooting rampage and killing two at a bar in central Tel Aviv and then killing a taxi driver, police only located the suspect one week later in his home town of Arara in the Wadi Ara area.  "For the members of the Joint List [12 of 13 members of which are Arab-Israelis] and the High Follow-Up Committee for Arab citizens of Israel, the test will be during the mourning period of the family in Arara. If they visit the mourners' tent and continue to make statements against the State of Israel, this will be more proof that their pronouncements about integration into Israeli society are mere lip-service," Akunis told Israel Radio.    The HFUCA is the main extra-parliamentary group that represents Arab citizens of Israel at the national level.    Meretz chief Zehava Gal-On said that Milhem's attack must not serve as a pretext for discrimination against Arab-Israelis. "This criminal incident must not be an excuse for the collective punishment of the Arab community, for the cancelling of budget allocations to narrow gaps, and for fanning the flames of hatred and fear between Israel's Jewish and Arab citizens," the Meretz leader said at a cultural event in Ness Ziona.  The Milhem family in Arara erected a mourners tent on Saturday and was refusing to speak to the media, Israel Radio reported. At the Haifa Magistrates Court on Saturday evening, the Police was expected to request an extension of the remand into custody of five suspects, two of whom are relatives of Nashat Milhem and all residents of Arara, who were arrested on Friday during the manhunt in the Galilee town, according to the report. In Gaza, The Palestinian Islamist group Hamas was distributing posters of Milhem proclaiming him to be a hero and the group was planning to erect a symbolic mourners' tent in his honor for Gazans to pay their final respects, Eli Levi of Channel 10 reported.     Hamas vowed on Friday that Israel’s killing of Milhem “was not the end of the story, and the coming period will prove this.”The Hamas military wing posted a notice on its Twitter feed upon hearing the news of Milhem’s death in a shootout with security forces. It is believed that Milhem was not operating on behalf of Hamas, and the Islamist organization never accepted responsibility for the New Year’s Day attack.Nonetheless, Palestinians in Gaza as well as in the refugee camps of Lebanon celebrated the attack.Islamic Jihad also reacted to Milhem’s death on Friday, condemning it as a crime. “The Palestinian people have a right to resist the occupation,” the jihadist organization said.