‘Ties with Romania won’t be hurt by arrest of Israelis’

According to the official, the Romanian government understands that the Israelis are private citizens and were acting in a private capacity. 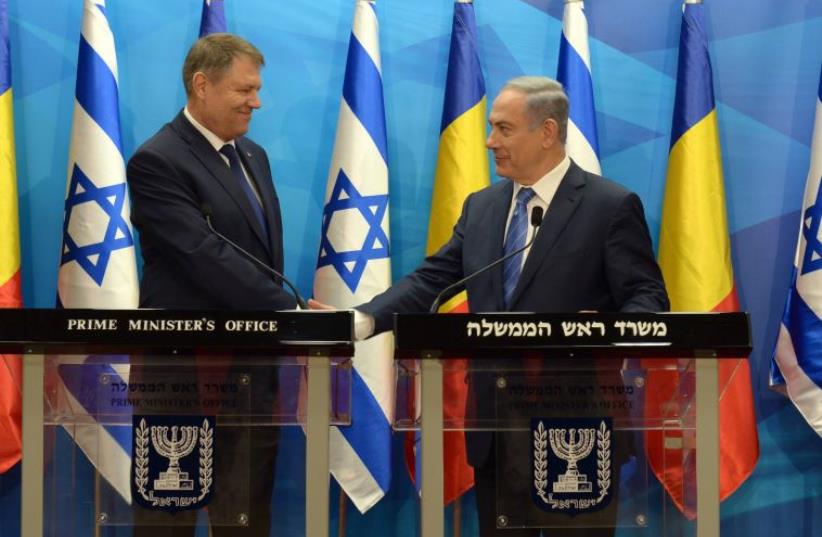 Netanyahu with Romanian President Klaus Werner Lohannis
(photo credit: CHAIM TZACH/GPO)
Advertisement
Israel and Romania have excellent relations, and the recent arrest of two Israelis working for a private firm for allegedly spying on a senior Romanian official will not impact on those ties, a diplomatic official in Jerusalem said on Thursday.According to the official, the Romanian government understands that the Israelis, identified as Ron Weiner and David Geclowicz who work for a company called Black Cube, are private citizens and were acting in a private capacity.If a Romanian national is arrested in Israel, the official said to illustrate his point, Jerusalem does not hold Romania responsible.The two men had their remands extended by 30 days on Wednesday on charges of information fraud and harassment for allegedly spying on Laura Codruta Kovesi, the chief prosecutor of Romania’s National Anti-corruption Directorate.The Black Cube website describes the company – which has offices in Tel Aviv, Paris and London – as “a select group of veterans from the Israeli elite intelligence units that specializes in tailored solutions to complex business and litigation challenges.”The website listed the late Meir Dagan, a former Mossad head, as honorary president of its advisory board.Israel, according to diplomatic officials in Jerusalem, is providing consular services to the arrested men, as it does when Israelis are arrested abroad.Media outlets in Romania and Israel quoted a Black Cube statement on Wednesday saying that “recently, the company undertook a project in Romania to collect evidence of serious corruption in the Romanian government and its agencies. Whilst performing this work, two of the company’s employees were arrested after having made significant discoveries.“Needless to say, all of Black Cube’s employees follow local law to the letter, and the allegations against them are unfounded and untrue,” the statement read. “We have total confidence that the truth will be revealed, and they will both be released safely to return home in the coming days.”Channel 2 reported on Thursday that the firm has hired attorneys in an effort to gain the release of the two men. The two were arrested in their hotel room.According to the Romanian media, the suspects are accused of hacking into three email accounts of people close to Kovesi.