To the victor goes the spoils

As the winner of the many conflicts with the Palestinians and Arab nations, Israel needs to refocus and think about what it wants to ask for at the negotiating table before offering concessions. 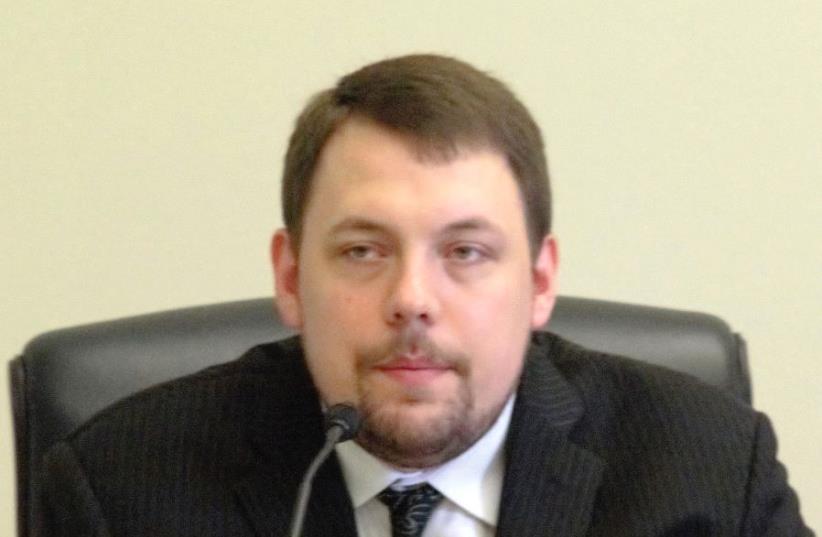 Middle East Forum Director Gregg Roman
(photo credit: MIDDLE EAST FORUM)
Advertisement
Contrary to what is usually written when hypothesizing what fuels the Israeli/Palestinian conflict, this is not a turf war about borders, nor a clash of civilizations, Gregg Roman, director of the Middle East Forum argues. This is a conflict that is strictly based on the winner not realizing he won and the loser not realizing that he lost.“The rewarding of 100 years of Palestinian rejectionism, by forcing Israel to make unilateral concessions and ask the Palestinians for nothing, is the root of the conflict,” Roman told The Jerusalem Post.“The Palestinian rejectionism of idea that Israel is a nation state and homeland of the Jewish people - whatever borders there are, or whatever polity is in place - is the fundamental crux of the conflict,” he added.To address this misconception, a new approach to the conflict is needed, the pro-Israel, neoconservative think tank posits. All parties need to undergo a severe reality check before even beginning to lay out their terms Next week, on July 9, an English-language panel discussion entitled, “How Can Israel Achieve Victory,” will be held at the Menachem Begin Heritage Center to bring this very issue to light. The panel will be launched by the Israel Victory Project in conjunction with the Knesset Israel Victory Caucus which is spearheaded by MK Oded Forer (Yisrael Beytenu) and co-chaired by Yaakov Peri (Yesh Atid).Speaking on the Panel will be MEF president and scholar, Daniel Pipes, MK Yehuda Glick (Likud), the former commander of the British Armed Forces in Afghanistan Col. Richard Kemp and former MK Einat Wilf, a senior fellow with the Jewish People Policy Institute and the Baye Foundation adjunct fellow at the Washington Institute for Near East Policy.For Roman he hopes the panel, which is open to the public, understands the need for this paradigm shift when it comes to peace talks. “The signing of the Oslo Accords have led a so-called peace process to actually reverse itself and turn into a war process,” he said, arguing that this way of thinking - concessions on Israel’s part with nothing to expect in return - has been “forced upon Israel by the International community.”“This has morphed into a Catch 22 for the country.On one hand, it’s expected to enter negotiations and give up, give up, and give up. And the Palestinians give nothing in return. And then, when Israel actually makes the full-throated effort, the Palestinian response is either to not respond or say no,” he said.The MEF is interested in creating a new discussion in Israel, and to this end is actively working with Government Ministers, Members of Knesset and other decision-makers and opinion-shapers.“We want to start a conversation in Israel that encourages the Prime Minister and the government to see that it’s okay to move the conflict management based model to prioritize Israeli needs,” he said.To that end, to mark the caucus’s launch, there will be an official ceremony at the Knesset two days after the Begin Center event which will include an array of ministers, MKs and lay leaders from across Israel’s political spectrum.Aside from the Ultra-Orthodox parties, a member of every party in the Coalition and some from the Opposition has backed this initiative in a strong showing of bipartisan support.MEF had a similar event in April with members of Congress. And although only Republicans have backed the idea thus far, MEF believes Democrats are likely to come on board.“It’s already gained bipartisan support in the Knesset. So once Democrats see that, this should be an American effort, not one which is considered a conservative or Republican effort,” he said.And this is important, because American support of this initiative is crucial for a variety of reasons.For one, Roman believes that when it comes to the security of the Middle East, being on the same page is essential for maintaining the unbreakable bond of these two allied nations.“The interests of Israel and America when it comes to the Middle East tends to line up....The United States has been on the receiving end of Arab aggression and rejection for the past 26 years,” he said.And as an American-Israeli, Roman has a foot in each world and is deeply committed to honoring both.“As an American, but also as an Israeli, I have two hopes, but one responsibility,” he began, explaining that he hopes to drive this conversation in Israel, but also underscore to Americans that supporting Israel is not and should not be a partisan issue.“There’s a grand effort in the United States backed by coalition of partners to allow there to be a political shift in how Republicans and Democrats, but also how the pro-Israel community in the United States sees its role,” he said. “Not looking at the Oslo narrative, but the Israeli narrative. Where they say, ‘Do what you have to do, we’ll back you 100%.”To register for the Israel Victory Project inaugural event at the Begin Center on July 9, contact IVP@meforum.org or 058-606-0495.