"When I was a young officer I was worried that if it was known I might have hit the glass ceiling, but today and since it has been known I have never felt it was an issue." 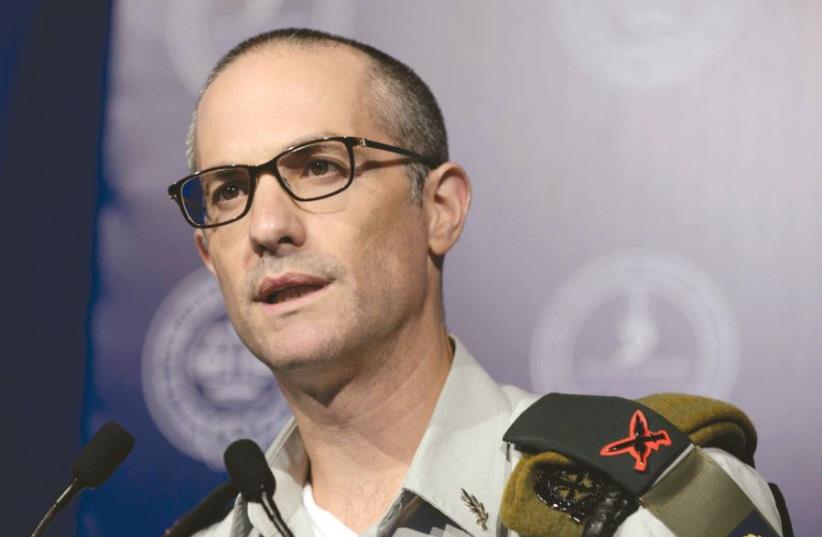 MILITARY ADVOCATE-GENERAL Sharon Afek
(photo credit: TOMER NEUBERG)
Advertisement
For the first time, a member of the IDF General Staff, the military advocate-general, has come out as openly gay.Brig.-Gen. Sharon Afek told the Israel Bar Association’s magazine on Wednesday that even though there are pockets of “ignorance and hatred,” the IDF accepts him and he never experienced discrimination.“I never felt discriminatory or preferred treatment due to my sexual orientation” as a factor in decisions the army made on whether to promote me or not, “and that is a positive,” Afek added.“When I was a young officer, times were different and I worried that the issue would be used against me and that I might really hit the glass ceiling. But happily, the issue did not make waves,” he said.He said it was important for him to send a message to the many LGBT teens on the verge of being drafted that “it is important for them to know that there is no glass ceiling that will hold them up in the IDF. Their success depends on them and them only. It is possible to rise to the top of pyramid.“The IDF is the people’s army and it encourages all who want to contribute and grow,” he said. “I will be pleased if many more will follow in my footsteps.”Afek not only serves as a model for equality for LGBT soldiers, he has been a consistent supporter of women in the IDF.Although he clarified that the role of women in the IDF is primarily a command policy issue, not a legal one, he strongly defended the legality of the military’s recent policies, which have seen an increase of women in fighting units and in the higher ranks.“I think that the decisions which were undertaken until now were balanced and well-considered and that they make it possible for all those serving in the IDF to fully serve,” he said.He noted that half of the IDF’s legal division are women, including two of its top division heads, “and I am proud of that.”Shifting to the Hebron shooter trial, Afek said, “I am completely at peace at the manner in which the Azaria case was handled and this was given expression from the verdict,” in which Elor Azaria was convicted of manslaughter in the killing of “neutralized” terrorist Abdel Fatah al-Sharif on March 24, 2016.Questioned about the storm of political pressures he faced during the case, Afek responded, “No security establishment official came to me and told me: ‘I want you to act in this way or another way.’ All decisions were made totally independently without outside influences or attempts to influence.”One criticism from Azaria’s lawyers has been that pretrial comments by then-defense minister Moshe Ya’alon, Chief-of-Staff Lt.-Gen. Gadi Eisenkot and the IDF Spokesperson’s Unit infected the trial and caused various witnesses to turn against Azaria in a biased manner.Afek responded by defending the conduct of Eisenkot and the IDF Spokesperson’s Unit in terms of sending a moral, not legal, message to the army’s soldiers. Notably, he did not defend Ya’alon and was not asked a follow-up question about his statements against Azaria.The military-advocate general also said that he had given then-Brig.-Gen. Ofek Buchris no preferential treatment when he decided to indict him for rape, despite his high rank.Ariel Whitman contributed to this report.