This year’s theme for the ceremony is “Jerusalem: the Eternal Capital of the State of Israel and the Jewish People.” 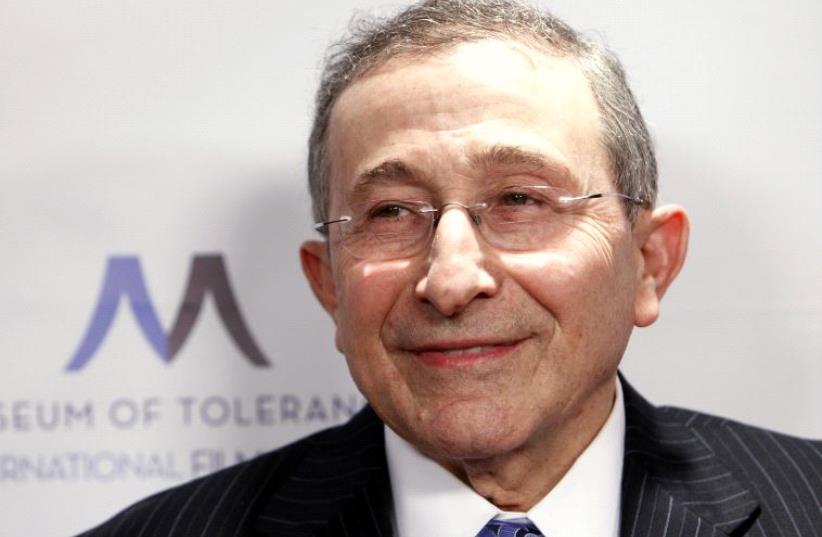 Rabbi Marvin Hier
(photo credit: REUTERS)
Advertisement
Rabbi Marvin Hier, founder of the Simon Wiesenthal Center, is slated to become the first non-Israeli to light a torch during Israel’s main Independence Day ceremony in Jerusalem.Hier, who in January delivered a prayer during the inauguration of President Donald Trump in Washington, D.C., is one of three individuals selected for the honor by the Ministry of Culture and Sport, the Calcalist financial supplement of the Yediot Acharonot daily reported Friday.Culture Minister Miri Regev decided last year to include non-Israeli Jews in the Independence Day torch lighting, saying their participation would symbolize the stake that Jewish people all over the world have in the Jewish state.This year’s theme for the ceremony is “Jerusalem: the Eternal Capital of the State of Israel and the Jewish People.”During his 2-minute prayer at the inauguration, Hier recited the Psalm 137 passage reading “If I forget thee, O Jerusalem, may my right hand forget its skill. The doer of all these shall never falter.”Hier founded the Simon Wiesenthal Center in 1977 as an organization devoted to fighting anti-Semitism, bringing Nazis to justice and promoting tolerance through the Los Angeles-based Museum of Tolerance. Longstanding plans to build another museum in Jerusalem have foundered, in part over objections that is to be located on land that includes part of a historic Muslim cemetery.Another honoree this year at the ceremony is said to be Amnon Shashua, a computer science professor at the Hebrew University in Jerusalem and co-founder of the Mobileye and OrCam startups.Yehoram Gaon, a Jerusalem-born singer and actor, reportedly is the third honoree.The official list of torch lighters is scheduled to be published next week following its final approval by the selection committee, Calcalist reported.