The International Renewable Energy Association, commonly referred to as IRENA, is an international group headquartered in Abu Dhabi. 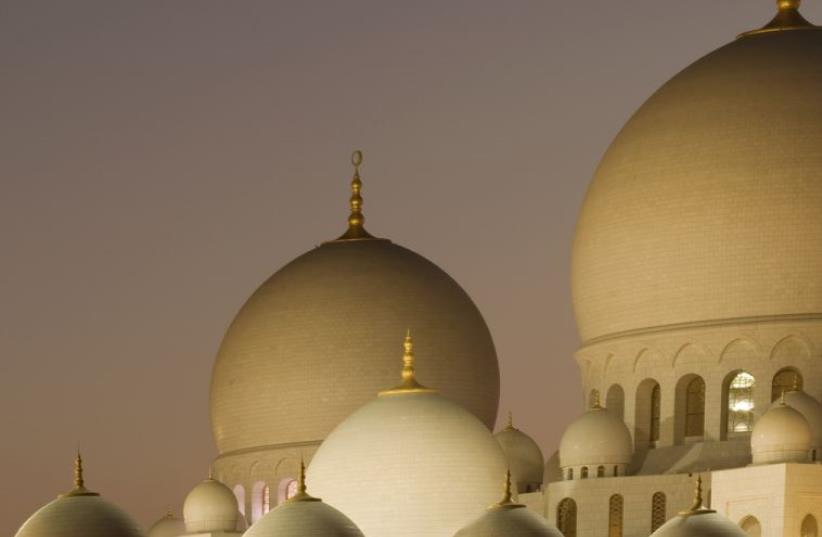 Sheikh Zayed Grand Mosque in Abu Dhabi
(photo credit: Courtesy)
Advertisement
A senior United Arab Emirates official said Israel’s new office in Abu Dhabi does not signify any change in her government’s attitude toward the Jewish state.Maryam Al Falasi, director of communications at the UAE Ministry of Foreign Affairs, issued a statement Friday saying that “any agreement between [the International Renewable Energy Association] and Israel does not represent any change in the position of the UAE or its relations with Israel,” Gulf News reported.The International Renewable Energy Association, commonly referred to as IRENA, is an international group headquartered in Abu Dhabi. Earlier Friday, the Israeli paper Haaretz reported that Israel will in the next few weeks officially open a mission accredited to the association.Dore Gold, the Israeli Foreign Ministry director general, was in Abu Dhabi Tuesday for the association’s 10th annual meeting.Al Falasi said that missions accredited to IRENA are “limited to affairs related to their communications and dealings with the Agency. They do not, under any circumstances, cover any other activities and do not involve any obligation upon the host country with regards to its diplomatic relations or any other relations.”According to Haaretz, Israel is the only IRENA member state to have a mission accredited solely to the organization. The other 144 member states are represented in IRENA by a diplomat at their embassies in Abu Dhabi.Israel has no embassy there, because it does not have official diplomatic relations with any of the Gulf states.