Virtual exhibition showcases the life and times of Yitzhak Shamir

“My father wanted to be remembered as a man who loved Israel,” said Shamir’s son, Yair. 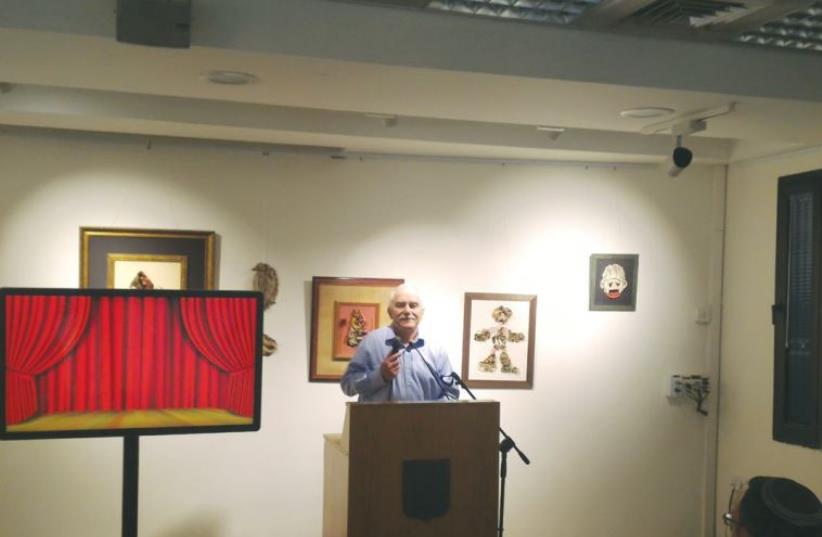 FORMER MK Yair Shamir, son of the late prime minister, speaks at the Lehi Museum in Tel Aviv yesterday
(photo credit: Courtesy)
Advertisement
Yitzhak Shamir devoted his life to the Jewish people.From his formative years spent in the Betar Zionist youth movement in what is now Belarus and Poland, to his work in the Mossad (1955-1965), as speaker of the Knesset (1977–1980), foreign minister (1980-86) and prime minister (1983-84 and 1986- 92), it’s clear he had a deep love for this land. So it is only fitting that an exhibit honoring his life would be launched at a monument to the struggle for Jewish independence.At the Lehi Museum (Beit Yair) in south Tel Aviv’s Florentin neighborhood on Thursday, the Menachem Begin Heritage Center and the Google Cultural Institute kicked off a virtual exhibit of Shamir’s life in honor of the 100th anniversary of his birth last fall.“My father wanted to be remembered as a man who loved Israel,” said Shamir’s son, Yair, at the launch event for the exhibit. “He did all that he could for its success and its security.The virtual exhibit, which can be streamed in English on the Google Cultural Institute website, features photographs, videos, quotations and other archival materials to tell the story of Shamir’s life and career.Many of the speakers at Thursday’s launch, including Yair Shamir – a former Israel Air Force pilot and colonel, and an ex-MK – Knesset Speaker Yuli Edelstein and head of the Menachem Begin Heritage Center Herzl Makov, emphasized the important role of technology in today’s society. Then, in a moment of irony and comic relief, the event organizers had trouble turning on the exhibit due to an unreliable Internet connection.“This is the reality of today,” said Edelstein. “We don’t need an exhibition on the walls. We need a virtual one so that people will know who the real Yitzhak Shamir is."Another common topic throughout the event was the many ways that Shamir touched the lives of the attendees. Edelstein, quite poignantly, remembered a moment just after he made aliya in 1987.“When I made aliya a lot of politicians wanted to take a picture with me,” he said.“After we met all of these people, my late wife said to me that [then-prime minister] Shamir was the only one who looked me in the eye. He treated you like you are his equal, not like he is above you.”The Google Cultural Institute is an effort by the tech company to make important cultural materials accessible to everyone. The idea behind this institute came after a Google engineer visited Yad Vashem in Jerusalem and wanted to bring that information to the rest of the world.“Shamir had a problem with PR and it’s a historical misdoing that we are here to correct,” Makov said. “We hope to bring to the world the knowledge of his heritage and legacy. He was a very important historical figure.”The Lehi Museum is in the building where Lehi (Stern Group) commander Avraham Stern (Yair) died. British police assassinated the underground leader there in February 1942.Shamir went on to be a leader of Lehi.On Friday, a memorial event will take place on Mount Herzl, in the Greats of the Nation Section where Shamir is buried, to commemorate four years since his death, at age 96, in 2012.