Israeli minister: We’ll see by May if there's a settlement freeze

If settler planning council doesn’t meet, we have a problem, Ariel tells "Post." 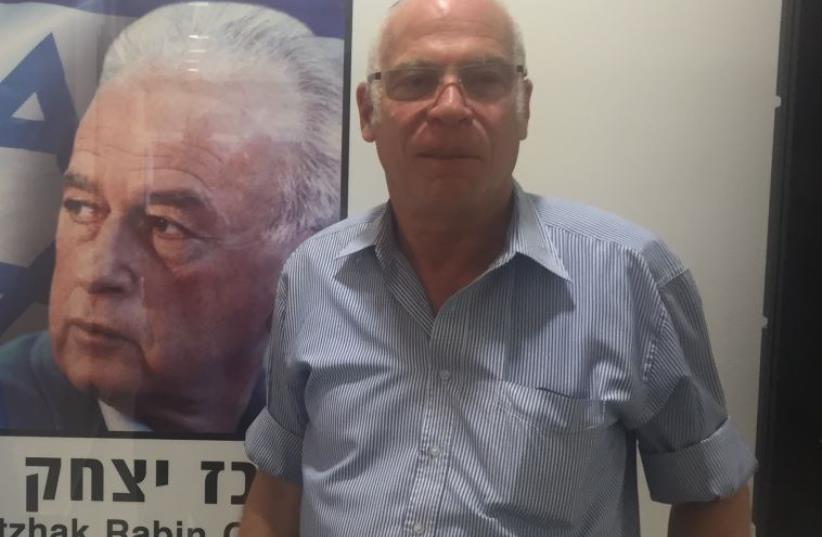 Agriculture Minister Uri Ariel visiting the Yitzhak Rabin Center in Tel Aviv
(photo credit: Courtesy)
Advertisement
The true judge of whether there really is a freeze in the authorizing of settler building plans could come as early as May, Agriculture Minister Uri Ariel said.Sitting in his Knesset office on Wednesday, the senior Bayit Yehudi politician explained to The Jerusalem Post how best to understand what the security cabinet meant last week when it decided to curb settlement growth.The cabinet’s vague description of limiting settlement building to the community’s existing “footprint,” left some on the Right warning that construction was now frozen, while others celebrated that the Right could keep building.To cut through the confusion, Ariel made the following suggestion: all eyes should turn to the Higher Planning Council for Judea and Samaria, which is tasked with authorizing and advancing settlement plans. It is next scheduled to meet in May, Ariel said.“If this council does not meet, than we have a problem. Without authorizations we cannot build,” the minister said.“A building freeze would be a mistake,” Ariel said, noting that Israel had already halted all settler building starts for 10 months from November 2009 to September 2010, and it had not worked.So until the council meets, he said, “I am not calm. I will only be calm after it happens.”It’s not enough that the council meets, it also has to approve and advance plans, Ariel said.“We also know what plans are in the works. They are in the thousands,” Ariel said. “That is not a lot.”He said what is important is that “these plans are not just in the settlement blocs,” he said, explaining among the plans in the works was more construction in isolated settlements.It is presumed that Israel will retain high Jewish population centers in the West Bank, known as the blocs, in any final status agreement for a two-state solution with the Palestinians.Ariel is among the right-wing politicians who oppose the concept of the settlement blocs, out of the belief that it presumes that Israel would withdraw from some of the settlements.“We told [Prime Minister Benjamin] Netanyahu we would not accept this,” he said.Bayit Yehudi, including Ariel, believes Israel should retain and impose sovereignty on all of Area C of the West Bank where the settlements are located.In particular, he is among those who have called for Israel to immediately annex Ma’aleh Adumim, the third largest settlement with a population of 38,000.Netanyahu has opposed annexation of any part of the West Bank at this time.He has also called for constrained settler building as he attempts to come to an understanding with the US about continued settlement construction.Ariel believes the US has no business dictating to Israel where it can and cannot build.But in spite of his difference of opinion with Netanyahu, he believes it is possible to remain in the government.
Israeli forces begin evacuating Amona
When pressed as to what his redline would be, Ariel said a government evacuation of a settlement. He does not count in that declaration the Jewish communities in Judea and Samaria that were evacuated because of High Court of Justice decisions, such as the destruction of the Amona outpost in February.One has to respect the High Court, he said. The decision that followed to build a new settlement, the first in over 20 years, is “very significant” and should not be dismissed, he added.But in speaking only for himself and MK Bezalel Smotrich, who are members of the Tekuma faction, which joined with other factions in 2009 to become Bayit Yehudi, he said, “If there is an evacuation of settlements, 100% we are not there [in the government].”