The Congressional requested $455 million was an historic quadrupling of the administration's stated proposal request. 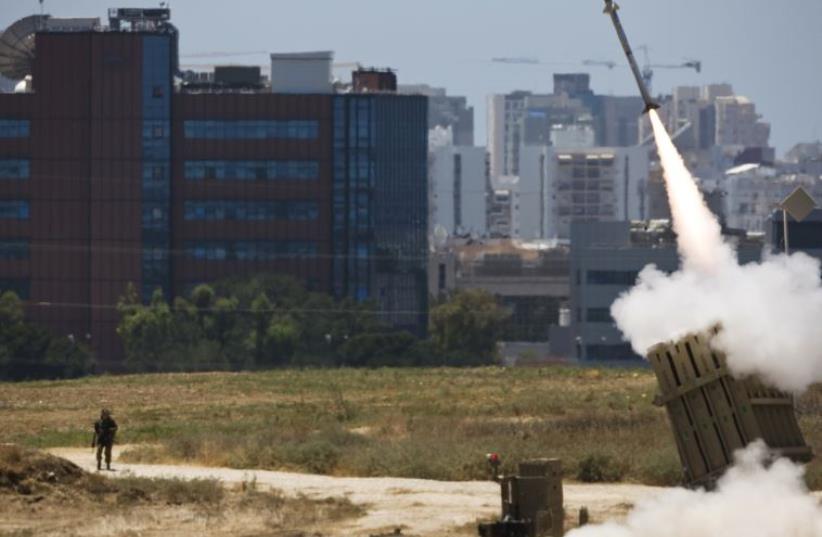 An Iron Dome launcher fires an interceptor rocket in southern Israel
(photo credit: REUTERS)
Advertisement
The Obama administration on Tuesday opposed a call by US lawmakers to increase government funding for Israel's missile defense program by $455 million above the 2017 fiscal year budget request.The White House’s Office of Management and Budget issued the rejection of the proposal made by the US House of Representatives in a Statement of Administration Policy on defense appropriations released Tuesday. In May, the Senate Appropriations Committee recommended a major increase in spending on Israeli missile defense programs – quadrupling a budget line proposed by the Obama administration.The increase, supported unanimously and across party lines in the committee, proposed $600 million in funding for fiscal year 2017 – an increase of $113 million from last year and $454 million over US President Barack Obama's request.In response to the White House's statement Tuesday, the pro-Israel lobby AIPAC said it was "deeply disappointed" by the US administration's measure that "has criticized Congress for funding US-Israel missile defense cooperation.""On a bipartisan basis, Congress has increased funding above administration requests this year, as it has done for well over a decade," said The American Israel Public Affairs Committee in a statement. AIPAC lauded Congress for its support, and stressed that funding for Israel's missile defense program - which includes systems such as the Iron Dome, David's Sling and the Arrow - is vital to the country's defense against growing regional threats. The increased aid proposal was primarily intended to "continue the modernization" of Israel's multi-tiered missile defense systems– already among the most advanced in the world– and funds are apportioned to specific programs. The Senate bill included a notable increase in support for the David's Sling medium-range program, Israel's newest tier of advanced missile defense.Meanwhile, key voices inside the Israeli government have argued that it is in Israel’s interests to sign a Memorandum of Understanding to govern US military aid for the next decade while President Barack Obama is in office, as a way of locking in support for the deal from wider swaths of the American public.According to this reasoning, Obama is a progressive president and, as such, if he signs the deal it would be tantamount to buy-in from a wider spectrum of Americans.Michael Wilner and Herb Keinon contributed to this report.