Wikipedia says that all decisions as to whether to keep a article on its site are made democratically on the opinion of the majority. 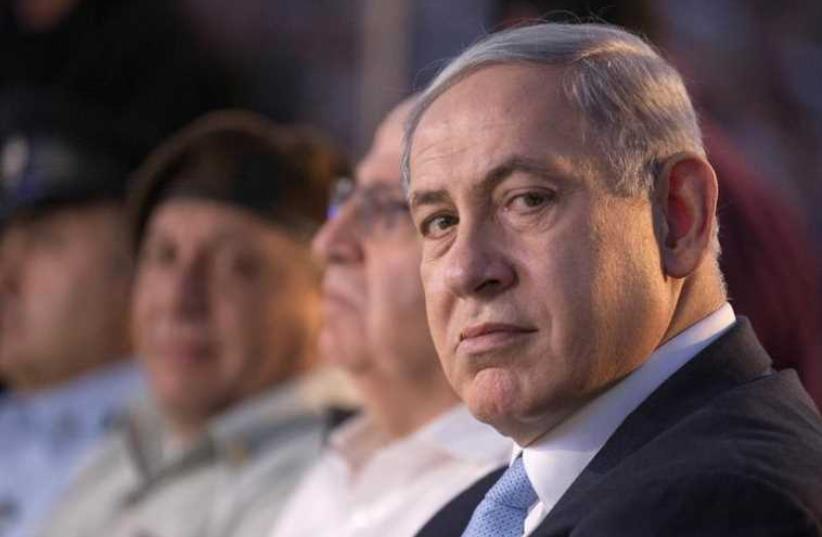 Prime Minister Benjamin Netanyahu attends a ceremony honoring World War II veterans and marking the 70th anniversary of the Allied victory over Nazi Germany
(photo credit: REUTERS)
Advertisement
Wikipedia Israel decided on Monday that it will not remove an item about controversial remarks made by Prime Minister Benjamin Netanyahu on the day of March's national election in which he stated that "Arabs are going to the polls in droves," after the motion was put to a vote amongst hundreds of Wikipedia editors.Netanyahu had uttered the remarks in a video posted to his Facebook page on March 17, election day, in order to encourage voters to participate in the election.As a result, a fiery debate ensued amongst numerous editors for Wikipedia Israel. One editor named "Adam Ma" found it necessary to write a comprehensive article on the statement, attaching over 60 links to external sources. Another editor named 'Garfield" stated that he would not even dedicate "two lines to the last election."After two weeks of heated debate on the issue, it was decided by Wikipedia Israel editors to put the motion up for a vote. In the end, most editors voted to keep the remarks on the free encyclopedia platform.In response to the decision, Wikipedia Israel released a statement which read: "Wikipedia sets its criteria according to the values based upon its community of writers. Any discussion in regards to the deletion of a submitted article is done in a transparent manner and can be reviewed by interested parties. The decision to delete or retain an entry submitted by an author is based on Wikipedia's community of volunteer writers, and final decisions are made democratically on the opinion of the majority."