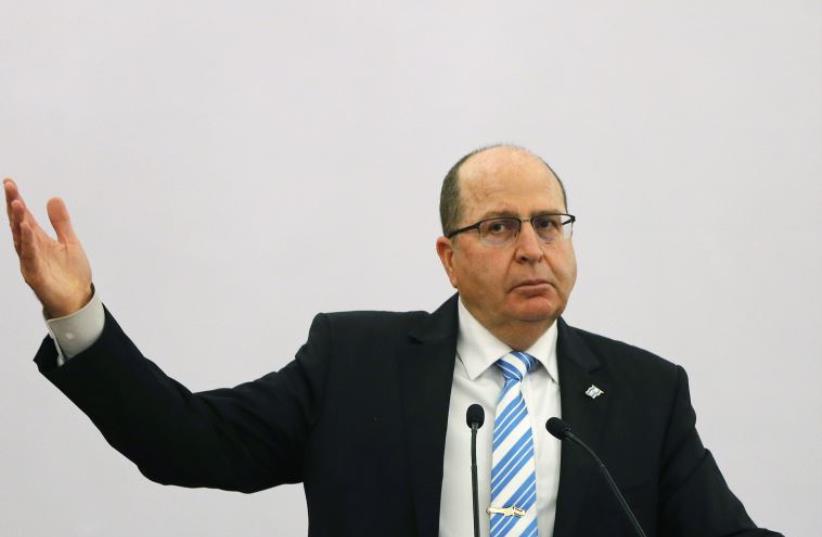 Defense Minister Moshe Ya'alon
(photo credit: REUTERS)
Advertisement
Defense Minister Moshe Ya'alon on Thursday appeared to be lowering expectations that Israel and Turkey would soon strike a deal restoring full diplomatic relations.In remarks to reporters in Switzerland, the defense minister said that an agreement between the two sides remains elusive so long as Ankara doesn't adequately address Jerusalem's concerns."Turkey is supporting Hamas, generally speaking. It should be, of course, discussed," Ya'alon said."I'm not sure that we are going to reach settlement. It may be, but they have to address our conditions for any political settlement in order to overcome this obstacle." Ya'alon's remarks contrast with statements coming out of Ankara.Talks between Turkey and Israel to mend fences are going well but a deal has not yet been reached in efforts to improve relations and increase energy cooperation in the eastern Mediterranean, Turkey's ruling AK Party spokesman said."We have information that the talks are going well but unless we see practical implications of the talks, we cannot say it's a done deal," Omer Celik told reporters in Ankara.Turkey was once Israel's closest regional ally but ties collapsed in 2010 over the killing by Israeli marines of 10 Turkish pro-Palestinian activists who tried to breach the Gaza blockade.Though Israel accused the Islamist-rooted AK Party of siding with Palestinian Hamas militants, Israeli and Turkish leaders reconciled in a 2013 phone conversation arranged by US President Barack Obama.A formal restoration of relations has proven elusive, however. Diplomats say Turkey wants an end to the Gaza blockade that Israel deems necessary for preventing Palestinian arms-smuggling, while Israel wants Ankara to disengage from Hamas.