Taken Monday among 500 respondents representing a statistical sample of the adult population, the poll had a 4.3 percent margin of error. 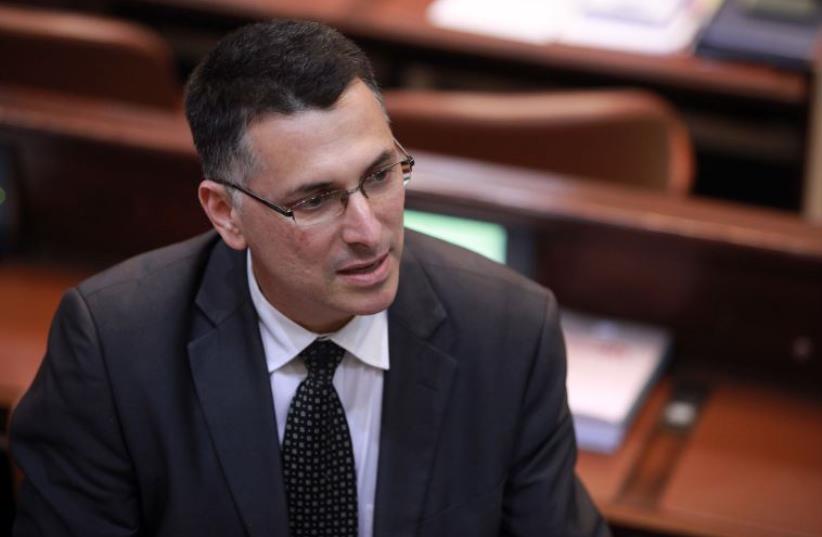 Gideon Sa'ar
(photo credit: MARC ISRAEL SELLEM)
Advertisement
The Israeli public would prefer former Likud minister Gideon Sa’ar lead a new centrist party if one is formed ahead of the next election, according to a Panels Research poll taken this week for the Knesset Channel.The question was asked following a Haaretz survey last week by a different pollster, which found that a party that included Sa’ar, Kulanu leader Moshe Kahlon and former IDF chief of staff Gabi Ashkenazi could beat the Likud led by Prime Minister Benjamin Netanyahu.That survey purposely did not ask the question of who should be the top candidate on such a list.The Knesset Channel poll found that 28 percent preferred Sa’ar, 22% Yesh Atid leader Yair Lapid, 14% Kahlon, 7% Ashkenazi, and 29% expressed no opinion. Both Sa’ar and Ashkenazi will be speaking at The Jerusalem Post Conference on May 22 in New York.Taken Monday among 500 respondents representing a statistical sample of the adult population, the poll had a 4.3 percentage point margin of error.The poll, which asked multiple questions about Ashkenazi, found that he is the public’s favored candidate for defense minister. Twenty-two percent said he was their top choice, followed by a near tie between Education Minister Naftali Bennett (18%), current Defense Minister Moshe Ya’alon (17%), and Yisrael Beytenu leader Avigdor Liberman (14%). Twenty-nine percent said they did not know.Asked if having Ashkenazi on a party’s list would compel them to vote for it, 11% said it would, 13% said it would persuade them to not back the party, and 76% said it would have no impact on their vote.Sixty-eight percent said they did not know Ashkenazi’s views on diplomatic issues, while 32% claimed they did.Asked if knowing his views mattered when deciding whether to vote for him, 60% said yes, 12% said no, and 28% said they did not know.The poll asked whether Ashkenazi was needed in Israeli politics. Half the respondents said no, 32% said yes, and 18% expressed no opinion. In a survey by the same pollster in 2012, 49% said Ashkenazi was needed in Israeli politics.

Haaretz reported Wednesday when Kahlon was asked about a potential political partnership with Ashkenazi in a meeting with business leaders Tuesday, he said he had not spoken with him recently and he was not concerning himself with running with him.“Likud and Labor have room,” he said. “We have a terrific list of candidates.”
Advertisement
Subscribe for our daily newsletter