Rabbi Shmuel Rabinovitch, during a meeting with Israeli reporters, said British officials have looked into the possibility of a visit.

By HERB KEINON
JUNE 14, 2018 16:53
Britain's Prince William attends the first annual Royal Foundation Forum held at Aviva in London, February 28, 2018 . REUTERS/Chris Jackson/Pool
(photo credit: REUTERS/CHRIS JACKSON)
Advertisement
Britain’s Prince William may pay a visit to the Western Wall during his trip to Israel at the end of next month, Western Wall Rabbi Shmuel Rabinovich said on Thursday.Rabinovich, during a meeting with Israeli reporters, said British officials have looked into the possibility of a visit to the Western Wall.A spokesperson at the British embassy said that they could not give any more information about the visit than what has already been released.Kensington Palace made no mention of a visit to the Western Wall when it announced William’s itinerary earlier this week.However, the statement did say that part of the program for the day when William will visit the “occupied Palestinian territories” will “be announced at a later date, but will allow his royal highness to understand and pay respects to the religions and histories of the region.”US homeland security secretary Karstijen Nielsen visiting the Westen Wall, June 14, 2018.Rabinovich gave a tour of the Western Wall on Thursday to visiting US homeland security secretary Karstijen Nielsen. He said he responded to one of her questions by explaining that the Western Wall is a place of prayer for all religions.Rabinovich quoted her as saying that it was an “honor” to be at the site.The Western Wall rabbi said that ever since US President Donald Trump’s visit to the Wall in March, visits by senior US officials have become a routine. 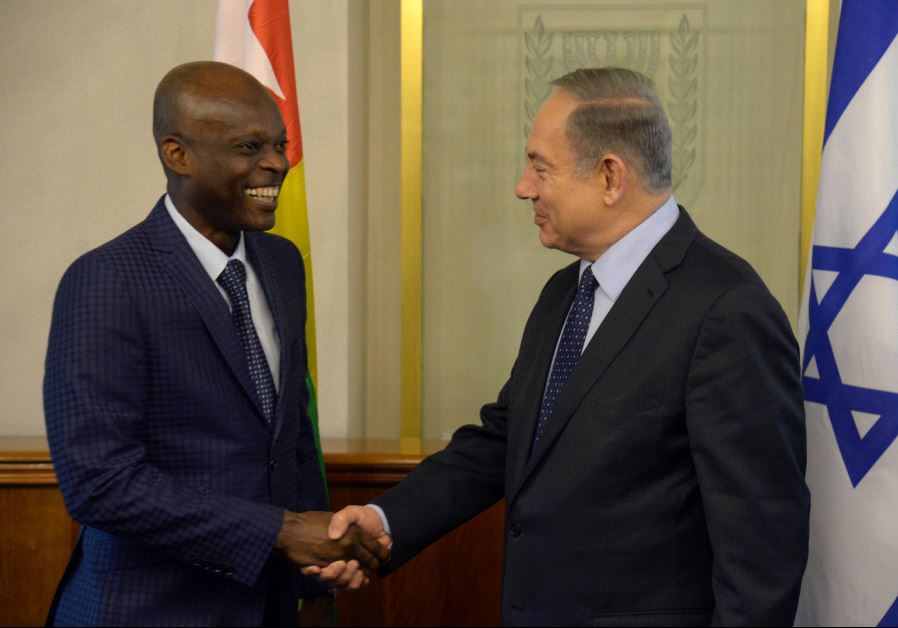 Netanyahu with Togo FM Robert Dussey.Rabinovich said that the Togolese foreign minister told him that he was previously a Christian monk and that, “I feel that I have a mission in the world to do good by the Jewish people.”The rabbi quoted Dussey as saying that while Togo does not have an embassy in Israel, this may be an opportunity to set one up and possibly to put it here in Jerusalem.Rabinovich explained that last year saw the highest number of visits to the Wall, with 11.5 million total visits – 10 million visits by Jews. He also said that while he was opposed to Jews visiting the Temple Mount, there has been an increase in Jewish visitors there this year. Some 14,000 Jews visited the Temple Mount in all of 2017, as opposed to 16,000 this year. He could not explain the increase..