In its annual report on press freedom, Freedom House says that 'Israel Hayom' newspaper’s business model 'endangered the stability of other media outlets.' 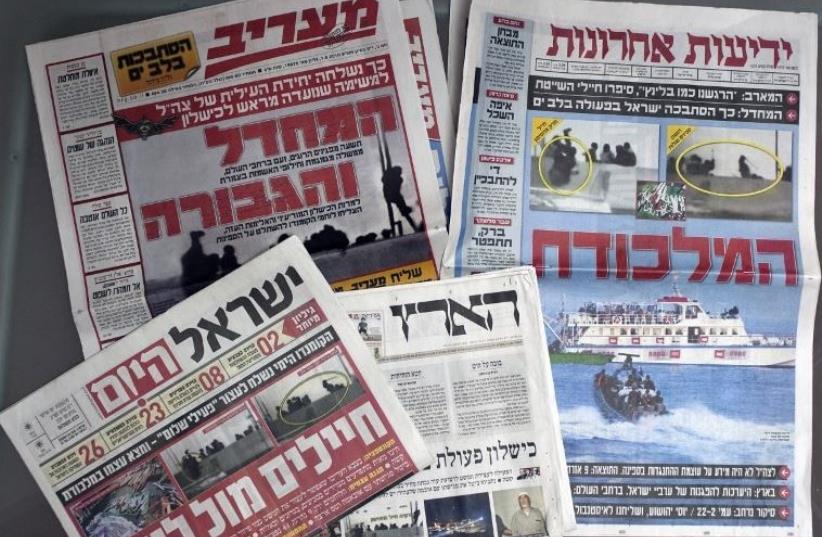 Israeli newspapers
(photo credit: AFP PHOTO)
Advertisement
An international free press watchdog has downgraded Israel to a country whose media is only “partially free” due to what it says is the “growing impact” of a tabloid closely aligned with Prime Minister Benjamin Netanyahu., Israel’s press freedom has been eroded because of Israel Hayom’s business model.The freely distributed newspaper, which is owned by billionaire casino magnate and Netanyahu confidante Sheldon Adelson, operates at a substantial loss. Nonetheless, it is the most widely read Hebrew-language newspaper in the country, eclipsing the one-time dominant tabloid Yediot Ahronot.In its annual report on press freedom, Freedom House says that the newspaper’s business model “endangered the stability of other media outlets.”The organization said that Israel Hayom’s “unchecked expansion of paid content – some of it government-funded – whose nature was not clearly identified to the public” justified the downgrade.Despite the lower mark, Israel remains the highest ranking country in the Middle East and North Africa region in terms of press freedom.On a global scale, Israel ranks 65th. The nearest Middle Eastern country is Tunisia, which comes in at 110.As for country’s deemed “worst of the worst,” the dubious distinction goes to North Korea followed by Turkmenistan, Uzbekistan, Crimea, Eritrea, Cuba, Belarus, Equatorial Guinea, Iran, and Syria.