Problems with ports, roads may send Israeli food prices up

Israel's ports have long been a sore sport for industrialists. 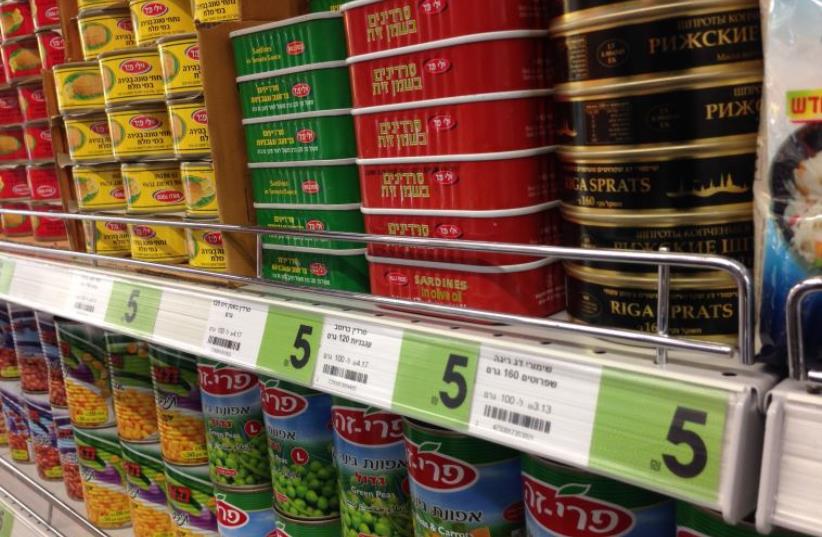 Cofix’s new grocery store
(photo credit: NIV ELIS)
Advertisement
Producers from Israel's food industry gathered in an emergency meeting of the Maritime Traders Association on Wednesday to warn that poor port management and lack of road infrastructure could send the cost of food soaring.Owners of flour mills, feed mix managers, and other food production companies said, specifically, that the mismanaged ports threw wrenches into the process of importing grain and feed shipments from abroad that raised their prices, making it more expensive to mill flour and raise chickens and cattle. "It doesn't make sense that because of the ports, the Israeli consumer has to pay more for eggs, bread, milk, and every food product in Israel," said Itai Ron, CEO of importer Zenziper. The fact that ships wait needlessly to load and unload their products is an unnecessary cost, he added, especially for a nation that imports 95% of its grains.Israel's ports have long been a sore sport for industrialists. The government is in the process of building new ports in both Haifa and Ashdod to compete with the existing ones and increase their capacities.Economists pointed to the inefficiency of ports as a bottleneck to Israeli imports, which can boost prices for both consumers and producers.