Hebron soldier confined to base until Tuesday appeal

If tried and acquitted, suspect could face foreign prosecution. 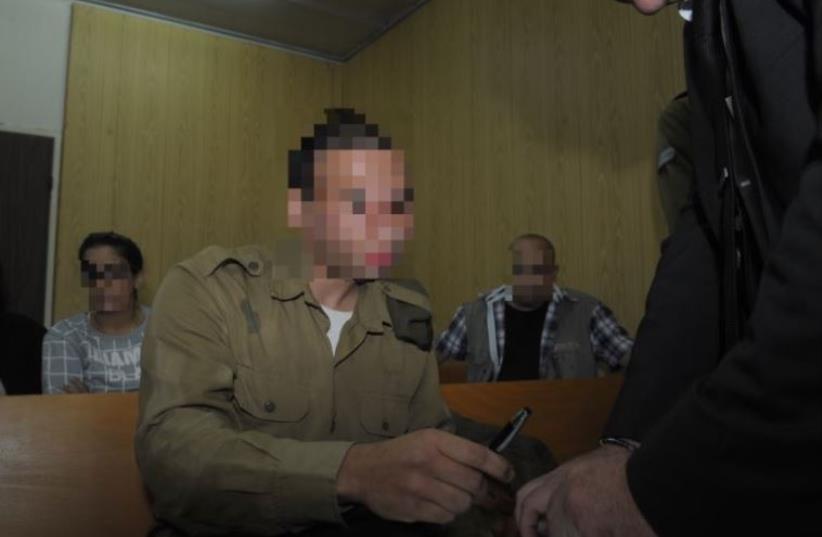 The IDF soldier suspected of shooting an imobilized Palestinian attacker in Hebron
(photo credit: AVSHALOM SASSONI)
Advertisement
The IDF Appeals Court on Friday ordered that the soldier who shot a Palestinian attacker after he was already neutralized remain confined to base pending another hearing on Tuesday when the court will make a final ruling on whether to release him.Chief IDF Prosecutor Col. Sharon Zigigi made an unusual personal appearance to argue the appeal before Military Appeals Court Deputy President Brig.-Gen. Doron Filis, an indication of the importance the prosecution places on the case.Zigigi and the head of the IDF’s Operational Prosecutions unit, Lt.-Col. Edoram Rigler, focused their arguments on convincing Filis that the evidence in the case was more one-sided and that the soldier was more dangerous than lower court Judge Lt.-Col. Ronen Shor had ruled.On Thursday, Shor had ruled that the evidence was mixed, leading to his ordering that the soldier be released, which the prosecution appealed, pointing out that details used to present the evidence as having two sides were misunderstood and misleading.To debunk the idea that the terrorist’s coat was a suspicious fact suggesting that he could be concealing an explosive vest, they noted that the temperature at 8 a.m.in Hebron was cold and that many of the security forces in the area also were wearing coats.The prosecution criticized the soldier for refusing to cooperate with reenacting the scene and for engaging in confrontations with soldiers in his unit who said his self-defense claim was false, that they would have stopped him from shooting the Palestinian if they had known his intent and that his motivation for shooting was revenge.Defense lawyer Ilan Katz slammed the prosecution as having backed off its argument that the soldier might obstruct the investigation.All of the other arguments, he said, were factual and not new legal arguments, and should not be raised on an appeal. He added that the soldier was not cooperating with specific issues because Katz viewed those investigative acts as traps using false information to confuse the soldier.Also on Sunday, a joint autopsy will be performed by an IDF coroner and a representative of the terrorist’s family. According to a compromise ordered by the High Court of Justice, the Palestinian representative can ask for certain additional autopsy actions and a record of disagreements will be kept, though the IDF representative has final say.On Thursday, the prosecution dropped the expected charge against the soldier from murder to manslaughter, though manslaughter still carries heavy jail time.Meanwhile, numerous human rights organizations said last week that France should bring “war crime” charges against the soldier if the Israeli judicial system fails to convict him.Foreign media sources revealed as early as Wednesday that the soldier in question is a dual Israeli-French citizen and, therefore, is subject to the legal clause of universal jurisdiction.The issue has gone largely unreported in the Israeli press due to a gag order on the soldier’s identity.As a result, France has the authority to prosecute the soldier, known only as ‘A.’ due to a military gag order, regardless of the fact that the alleged crime took place on foreign soil, according to Newsweek.“We hope that Israel will take appropriate measures. But if it doesn’t, the international community should hold it accountable, including the possibility of France prosecuting the soldier, who reportedly has French citizenship, under universal jurisdiction procedures,” Human Rights Watch director for Israel and Palestine Sari Bashi told Newsweek later Thursday.Jacob Burns, Amnesty International’s researcher for Israel and the Palestinian territories, also called for France to prosecute the soldier for “war crimes,” saying the principle of universal jurisdiction is applicable in the case.“Our universal position that all states should prosecute those responsible for war crimes in universal jurisdiction would also cover France here,” he said.The International Criminal Court might be another possibility for taking up the case if there is no Israeli conviction, though it has strong rules against intervening once a case has been investigated or prosecuted, which Israel is doing.