Protective Edge memorial to be established in Southern Israel 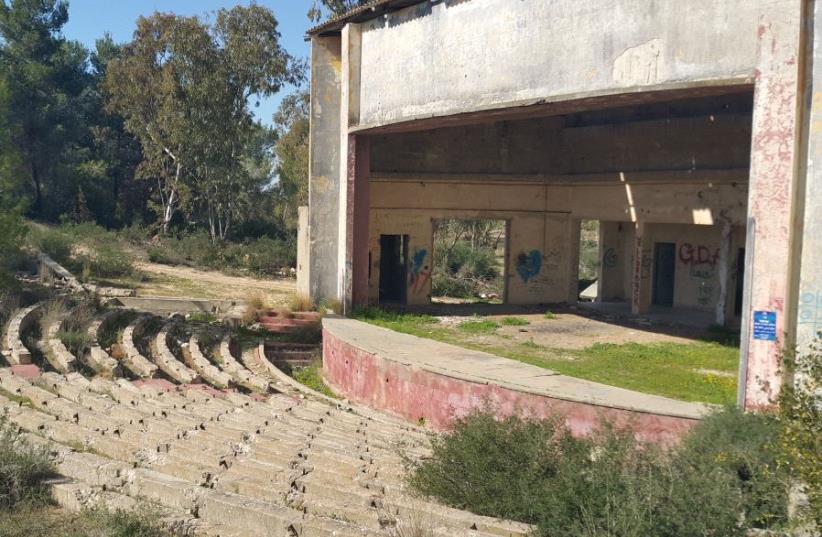 Existing amphitheater on site of new memorial for fallen soldiers during Operation Protective Edge.
(photo credit: TALILA LIVSCHITZ KKL-JNF)
Advertisement
TThree years after Operation Protective Edge, a memorial center for soldiers who died in the 2014 war with Hamas will be established in the Gvaram Forest between Ashkelon and Givat Mordechai, the Keren Kayemeth LeIsrael-Jewish National Fund announced.The war lasted 50 days, from the beginning of July to the end of August, and saw 68 soldiers, and five civilians in Israel, killed and left another 1,620 soldiers and 837 civilians wounded.All 68 bereaved families, including the families of St.-Sgt. Oron Shaul and Lt. Hadar Goldin, whose bodies are being held by Hamas in the Gaza Strip, are taking part in the project, which began last year.The families wanted to be as close as possible to where soldiers had rested and prepared for battle during the campaign, and had agreed on the forest for “its location, beauty and suitability for the requirements of the memorial,” according to a statement the organization released on Tuesday.Zohar Zafon, head of KKL-JNF’s Southern Regional Planning Department, said that the families “fell in love with Gvaram Forest” after touring the area in search of a suitable location.
Memorial service for IDF soldier Hadar Goldin , whose body is being held for ransom in Gaza after he was killed in Operation Protective Edge in 2014
“The location of the monument was decided following many tours in the region, specifically in the area surrounding the Gaza Strip and the battlefields throughout the operation,” Zafon said. “Of all the places we saw, the families fell in love with Gvaram Forest.”A contest to design the memorial site will open to several Israeli architects in the coming months. And with a budget of NIS 7 million, the center will include a memorial monument, space to hold ceremonies with up to 300 participants, a handicap-accessible picnic area and a restoration of the existing amphitheater on the site.Daniel Atar, KKL-JNF world chairman and personally leading the initiative, said: “This project highlights the magnitude of the sacrifice of the fallen for their country and provides bereaved families with the knowledge that there is a special place in which their loved one is commemorated and their memory honored.“I see great importance in establishing this monument in Gvaram Forest, close to the areas where battles during Operation Protective Edge took place. I hope this site, which will contain biking trails, seasonal tours and additional activities, will remind visitors that they are able to enjoy it all thanks to the soldiers that paid the ultimate price so that we can continue living a normal life here in Israel.”In April, Israel opened a new national Hall of Remembrance for slain IDF soldiers on Jerusalem’s Mount Herzl.The walls of the hall, which was inaugurated on Remembrance Day, are built of 23,000 bricks reaching some 18 meters high, with each brick individually engraved with the name of a soldier as well as the date he was killed. A candle is lit on the anniversary of the soldier’s death.There are 9,157 bereaved parents of slain soldiers in Israel, thousands of bereaved siblings, 4,881 widows and 1,843 orphans under the age of 30, according to the National Insurance Institute.