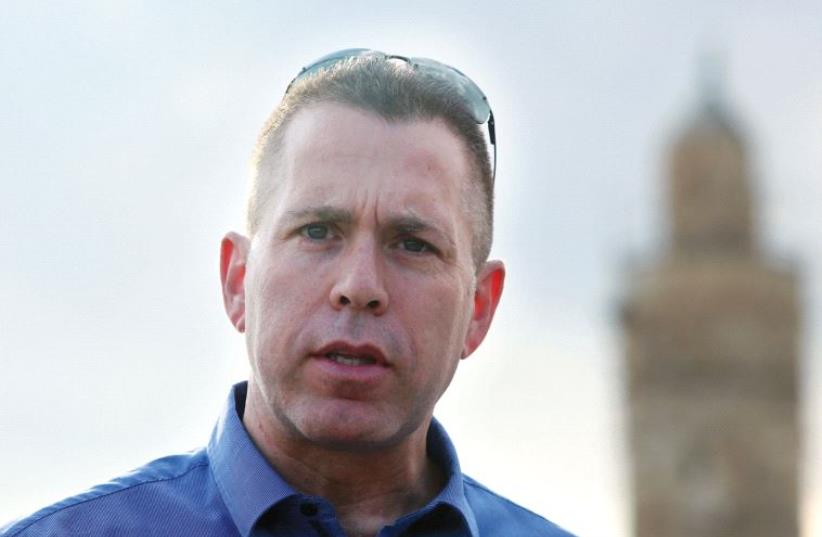 Gilad Erdan
(photo credit: MARC ISRAEL SELLEM)
Advertisement
Opposition leader Isaac Herzog (Zionist Union) used the Jerusalem Conference that is sponsored by the right-wing newspaper BeSheva to issue stark warnings about what could happen to Israel if West Bank construction continues.“The settlement enterprise has reached a size that endangers the existence of Israel as a Jewish state,” he told a booing crowd. “Continuing to build wildly throughout the land all the time will lead to losing the Jewish majority. Continuing to control another people endangers the moral character of Israel and its identity as a democratic state.”Herzog advised Prime Minister Benjamin Netanyahu to tell US President Donald Trump when he meets with him Wednesday that there is a clear majority in Israel for a two-state solution and that only creating a Palestinian state can lead to the end of the conflict and prevent the loss of a Jewish majority in Israel.He outlined a 10-point plan that calls for pushing the world for a two-state solution, UN Security Council oversight to prevent violence, completing the construction of the West Bank security fence, stopping construction outside settlement blocs, developing the Palestinian Authority economically, the Palestinians stopping terror and incitement, the IDF continuing to operate throughout the West Bank and the rehabilitation of Gaza.Herzog told his Zionist Union faction that Netanyahu should advise Trump: “If you want a historic agreement with the Palestinians, it’s now or never.”
Gilad Erdan at the JPost Diplomatic Conference
Yesh Atid leader Yair Lapid told his faction Netanyahu should focus in Washington on creating a united front against the Iranian terrorist axis, ending the attacks on Israel in international bodies and securing a promise from Trump that Israel will be exempt from attempts to force American companies to bring their factories back from abroad.“During the past few days there have been attempts to pressure the prime minister to try and extract statements of support for the expansion of settlements,” Lapid said. “What do the ministers and MKs want? That the prime minister will enter the White House and starting arguing with the new president? There must be a limit to the irresponsibility.”Public Security Minister Gilad Erdan (Likud) said at Monday’s Jerusalem Conference that the Palestinians should be made to pay a price for failing to reach an agreement with Israel. He said that in the past, the Palestinians had a mantra that time was on their side and waiting to reach an agreement with Israel would pay off for them and that now with a pro-Israel president in Trump, time worked against the Palestinians.“The Trump presidency is a historic opportunity to say the land of Israel is ours,” Erdan said. “With a friend who realizes settlements aren’t an impediment to peace, the Palestinians can be made to realize that time no longer works in their favor and that they will pay a price for their refusal.There should be building everywhere in Judea and Samaria, not just in Jerusalem and settlement blocs, because that would set a de facto border.”Erdan said now was the time for Israel to apply sovereignty to Ariel and greater Jerusalem, including Gush Etzion.Earlier, in an interview with Army Radio, Erdan said that all the members of the security cabinet oppose a Palestinian state, including Netanyahu, who told the security cabinet ministers when they met Sunday that he would not renounce his support for a two-state solution.