"A girl who enlists to the IDF...is contributing to the destruction of the state," says rabbi. 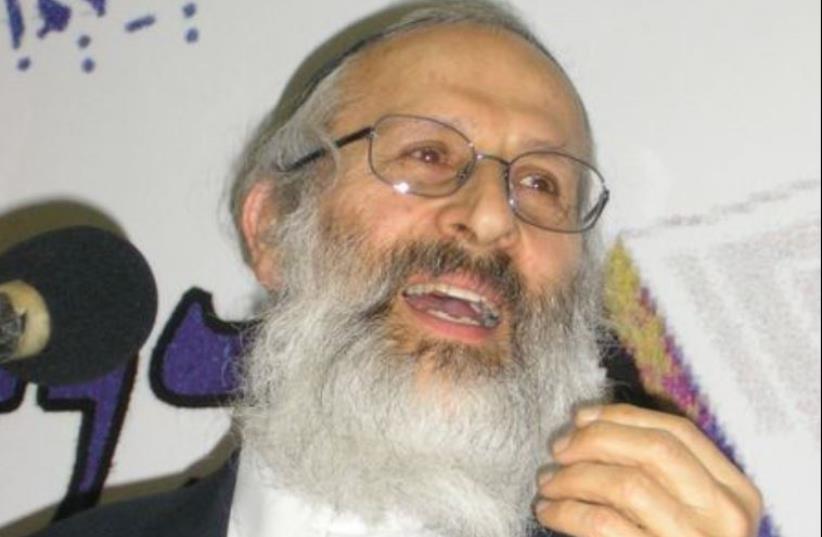 Rabbi Shlomo Aviner
(photo credit: Wikimedia Commons)
Advertisement
Prominent national-religious leader Rabbi Shlomo Aviner spoke out strongly on Monday against religious women serving in the IDF, saying they are contributing to the destruction of the State of Israel.In recent years, increasing numbers of religious women have been enlisting in the IDF, a phenomenon which has caused consternation among the leadership of the conservative wing of the national-religious movement, including Aviner, Chief Rabbi of Safed Rabbi Shmuel Eliyahu and others, who have tried to halt the trend.In 1950, chief rabbis Yitzhak Halevi Herzog and Ben-Zion Meir Hai Uziel issued a ruling explicitly forbidding women to join the IDF. A national service program for volunteering in various fields such as education, welfare, and healthcare was established to provide a solution for religious women who nevertheless want to contribute to the state.One of the central concerns in Jewish law on the issue is the comparison that the Talmud makes between “men’s clothes” – which women are forbidden to wear – and military weapons. This comparison – along with a statement in the Talmud that “it is not the way of women to go to war” – was the basis for rabbinic bans on women’s enlistment.On Monday, Aviner published an article in a question- and-answer format outlining his objections to the military enlistment of religious women. He recalled the Chief Rabbinate’s decision from 1950 and noted that it had reiterated its prohibition in 2014. The rabbi asserted that, even if religious women feel that the national service program is not challenging enough, “the ideal for humanity is not to seek challenges but to become close to God.“The State of Israel is the foundation of the throne of God in the world. Whoever harms the soul of the state also harms the state itself. A girl who enlists to the IDF with the claim that she wants to contribute, is indeed contributing – she is contributing to the destruction of the state.”More liberal national-religious rabbis permit women to serve in the army. Last year the Beit Hillel rabbinical association issued a ruling that Jewish law does permit women to serve.The moderate national-religious group Ne’emanei Torah Va’Avodah criticized Aviner’s comments, saying he is disconnected from reality and observing that the number of religious girls enlisting in the IDF is increasing every year.“It is possible to trust our children, girls and boys, to form a religious identity and observe the Torah and the commandments in an environment which works differently,” the organization said in response to the rabbi’s missive.“The style of Rabbi Aviner’s comments adopts the haredi attitude, which opposes Zionism, forbids IDF service, and more. This approach is likely to bring about the destruction [of the state] much quicker.“The solution for the problems associated with national or military service is not in further segregation, but through building a courageous educational system that educates about complexity and the ability to deal with the world.”