Rabbi Benny Lau to step down as synagogue leader next summer

The rabbi has also taken liberal positions on several issues, especially regarding the place of gay and lesbian people within society, and women’s spiritual leadership in the religious community. 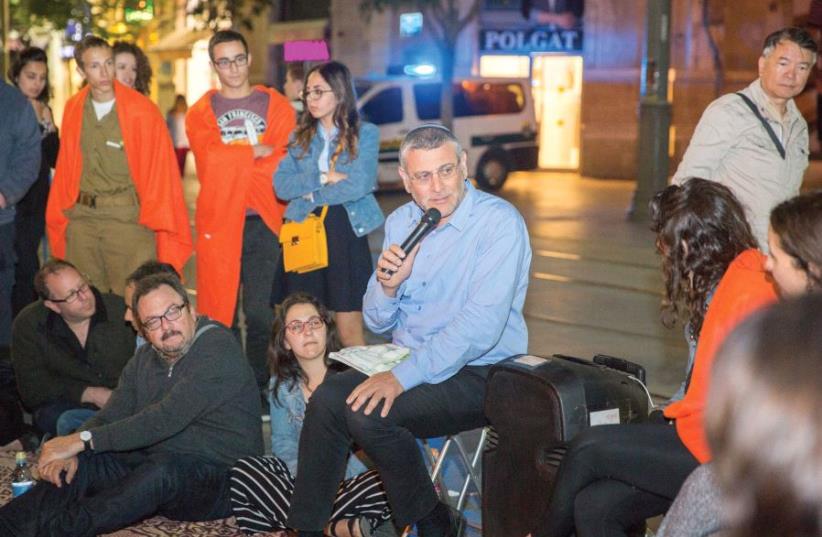 Rabbi Benny Lau speaks at the gathering in Zion Square
(photo credit: YAARA KETZ FEINER)
Advertisement
Rabbi Benny Lau, the widely regarded head of the Ramban synagogue in the Greek Colony neighborhood of south Jerusalem, will be stepping down as rabbi of the community after serving there for 17 years.Lau, a prominent leader among the more liberal wing of the National Religious community, will be leaving his role next summer and the search for his successor will begin in October.Speaking to The Jerusalem Post, Lau said: “The congregation needs a rabbi with the energy to take things forward,” and said that he has “done that, and now it’s time for someone else.”The rabbi said he will not be looking for another position as head of a congregation, but that currently he has “no clue whatsoever” what he will do after he steps down.Lau has written several books, notably his five-volume series on the Talmudic sages, as well as several biographies on the Jewish prophets.The rabbi has also taken liberal positions on several issues, especially regarding the place of gay and lesbian people within society, and women’s spiritual leadership in the religious community.In 2015, after the murder of Shira Banki at the Gay Pride Parade, Lau said it was the drive for all people, including gays and lesbians, to find loving partnerships, that it is “an existential need” and that “no one should have to live in a closet.”Earlier this year, he notably attended a gay wedding and although he said at the time he does not endorse gay marriage, he is in favor of formalized legal partnerships for gay and lesbian couples.Lau has also been a leader in the realm of female spiritual leadership and at his urging Ramban was the first Orthodox synagogue in Israel to appoint a female communal and religious leader to a synagogue in Israel, who has worked alongside the rabbi.The synagogue will, however, be reviewing the position of female spiritual leadership when it begins the search for a new rabbi, and to evaluate if the position is required and still wanted.