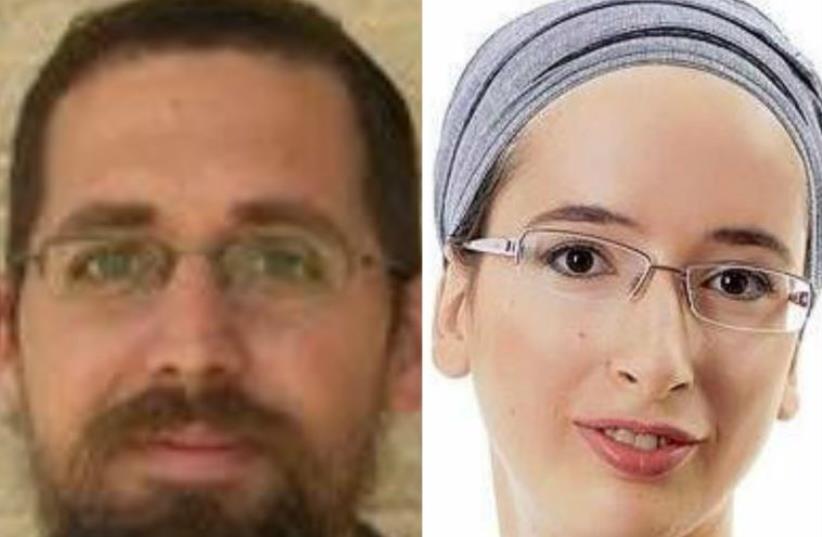 The Israeli couple killed were identified as Eitam and Na'ama Henkin from the West Bank settlement of Neria
(photo credit: Courtesy)
Advertisement
Haredi leader Rabbi Meir Mazuz has blamed last month’s slayings of Eitam and Naama Henkin on this year’s Gay Pride Parade in Jerusalem.“This pride march, what pride? Pride to wage war against the Torah, pride to wage war against creation, pride to wage war against God? For this the punishment came,” Mazuz told several hundred people at a Jerusalem hotel marking a month since the Henkins’ deaths at the hands of terrorists, the Walla news website reported.Mazuz is the dean of the Kiseh Rahamim yeshiva in Bnei Brak and spiritual patron of Shas renegade Eli Yishai and his Yahad movement.The rabbi said efforts must be made to “warn and educate our children not to look at forbidden things, not to look at things that cause an upheaval of the soul.”Rabbis have long condemned the annual Gay Pride Parade in Jerusalem. The Sephardi Chief Rabbi of Jerusalem, Shlomo Amar, said in September the public was “disgusted and sick” of homosexuality, but he also condemned the murder of Shira Banki, 15, by ultra-Orthodox extremist, Yishai Shlisl, at the parade held in July. Shlisl had also been jailed previously for stabbing marchers at a Gay Pride Parade.Ashkenazi Chief Rabbi of Jerusalem Rabbi Arye Stern has said that “immodest” rallies should be avoided to preserve the holiness of Jerusalem.At the Sunday night event, Mazuz also urged against making visits to the Temple Mount, saying, “we must be careful about provoking the nations of the world.”Last week, Mazuz had said that under certain circumstances it is permissible to visit the Temple Mount, provided preparations are made in accordance with Jewish law, though he felt that doing so could be problematic.His ruling was considered surprising since an overwhelming majority of haredi rabbis, along with a majority of national religious rabbis, prohibit Jews from visiting the Temple Mount.