Defense company declines to comment whether Spike has been purchased. 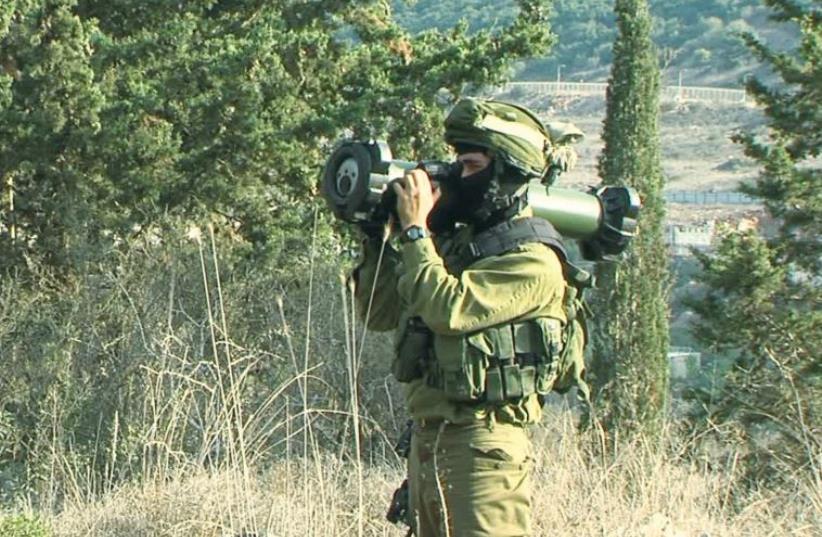 A SOLDIER prepares to fire Rafael’s Spike short range missile accurate to 1,500 meters.
(photo credit: RAFAEL ADVANCED DEFENSE SYSTEMS)
Advertisement
Rafael Advanced Defense Systems plans to unveil its Spike, short-range (SR) shoulder- fired (man portable) weapon Wednesday at the Israel Institute of Technology in Haifa, Rafael said.The guided short-range infantry-operated missile has a 1,500-meter range, and is designed to strike various targets including armored vehicles and structures, said the Israeli defense company.Rafael sources declined to say whether the IDF, or any other potential clients, have purchased the missile, or whether talks are under way over a future acquisition.Rafael has offered three other versions of the Spike: a medium-range missile with a 2.5-kilometer range, specifically designed for urban warfare; and a long-range version, with a range of four kilometers. The latter is a fourth generation fire-and-forget weapon that uses a fiber optic data communications link enabling gunners to attack “hidden targets,” according to Rafael.A third variant, designed to be fired from combat vehicles, helicopters, or naval vessels, is a fire-and-forget missile with a range of eight km.All Spike missiles can be used to strike bunkers, urban structures, tanks and light armored vehicles.