The money, which reportedly would be paid as blood money to the family of the dead man, was raised on a crowdfunding website by the Zaka search and rescue organization. 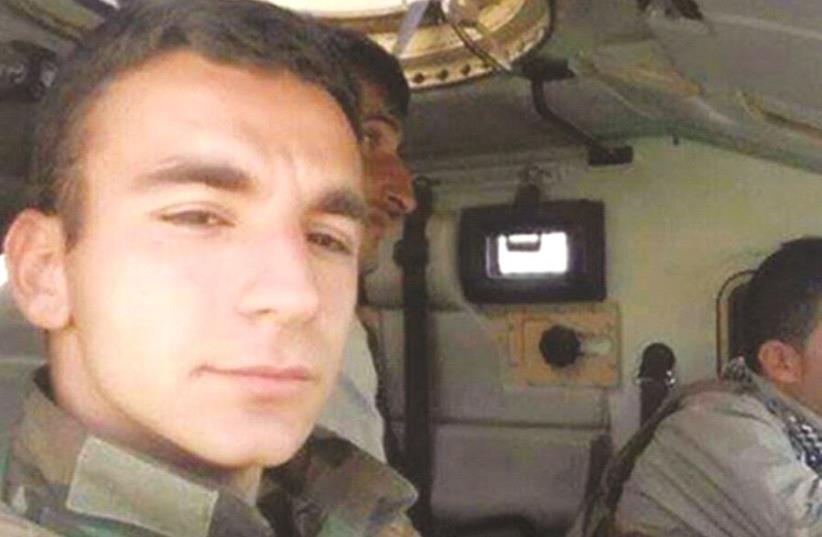 Ben Hassin
(photo credit: Courtesy)
Advertisement
Some $120,000 raised in a public campaign to pay the ransom for a dual citizen of Israel and Canada imprisoned in an unnamed Arab country has not been transferred because no credible recipient has been offered.

Ben Hassin, 21, has been under arrest since June 2015 in the Arab country for the murder of a taxi driver, who according to an account related to his father he shot in self-defense. Hassin is the son of an Israeli father and a mother who has lived in Canada for 30 years.The money, which reportedly would be paid as blood money to the family of the dead man, was raised on a crowdfunding website by the Zaka search and rescue organization.Zaka said in a statement issued Wednesday that the donated money has been held in escrow for the last two weeks “until the Zaka attorneys are satisfied that the money will be transferred through legal channels and reach its intended target. This due diligence is essential for an organization that insists on financial transparency.”The statement said the Hassin family has only provided details of private bank accounts or private organizations for Zaka to send the money. Zaka said it has not been able to verify that a ransom deal exists.Zaka also said it is in regular contact with “reputable bodies” in the Islamic country where Hassin is being held that “are working to try and free Ben Hassin or ensure a lighter sentence.” Zaka said a personal visit had been made to him in prison, and it was reported that he is “in good health.”According to Hassin’s father, Ilan, Ben Hassin went to visit his grandparents in the unnamed Arab country, where they still live, and while there decided to enlist in the fight against ISIS with a local militia. The cab driver heard Ben Hassin speaking Hebrew on his cellphone during a ride when he was on a furlough, and threatened to kill him for being Jewish and Israeli. Ben Hassin then killed the cabbie in self-defense. The father also said his son told him he has been tortured in prison.Ilan Hassin told Israel Hayom in an interview published Wednesday that the family of the cabbie is tired of waiting for the ransom money and has asked a judge to sentence his son next Friday. His son faces 25 years in prison or a death sentence.“We were drawn into this story in good faith by the Israel Foreign Ministry and the Hassin family as a humanitarian organization whose mission is to save those who can be saved,” Zaka Chairman Yehuda Meshi-Zahav said in the statement. “Our donors trust Zaka to work only through legal and transparent channels to carry out its mission, and therefore we refuse to hand over their money without being 100 percent satisfied that it will be used for its stated purpose. It pains us that that Zaka’s reputation and willingness to help in humanitarian issues has been exploited.”Meshi-Zahav added that the money would be returned to the donors if no proper channel is found to deliver the money.