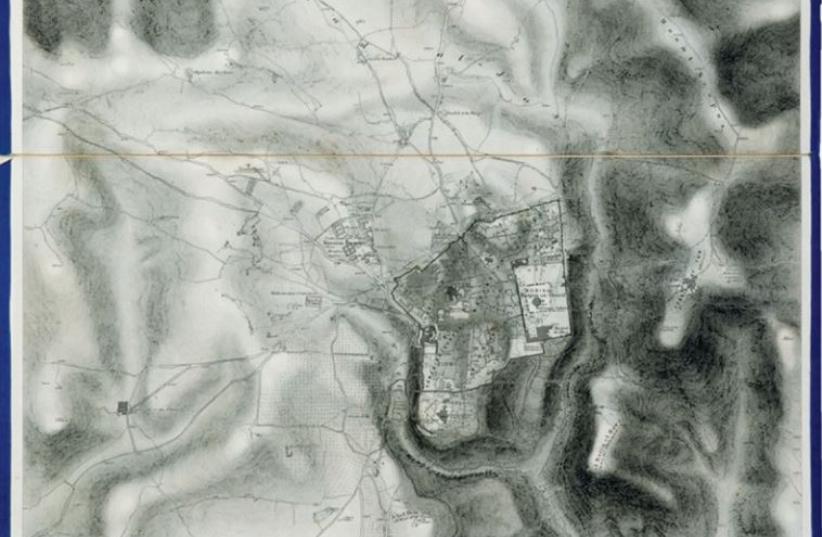 AN IMAGE of one of the maps, which dates from 1864
(photo credit: KEDEM AUCTION HOUSE)
Advertisement
Rare, 150-year-old maps of Jerusalem from a British Army operative during the Ottoman Empire, constituting “the basis for the modern understanding and recognition of Jerusalem,” were sold at auction on Sunday for NIS 13,000.The maps in question, the first modern topographic maps of the city drawn by Capt. Charles Wilson, attempted to resolve sewage and sanitation problems in Jerusalem.Wilson, a British Army engineer contracted by the Palestine Exploration Fund in 1864 for one year to determine the most practical means of improving the holy city’s pressing sanitations issues based on the most relevant data of the time, is considered to be a pioneer in the field.His scholarship and research led to an advanced understanding of topography that resulted in a pronounced improvement of how to advance Jerusalem’s primitive sewage system. 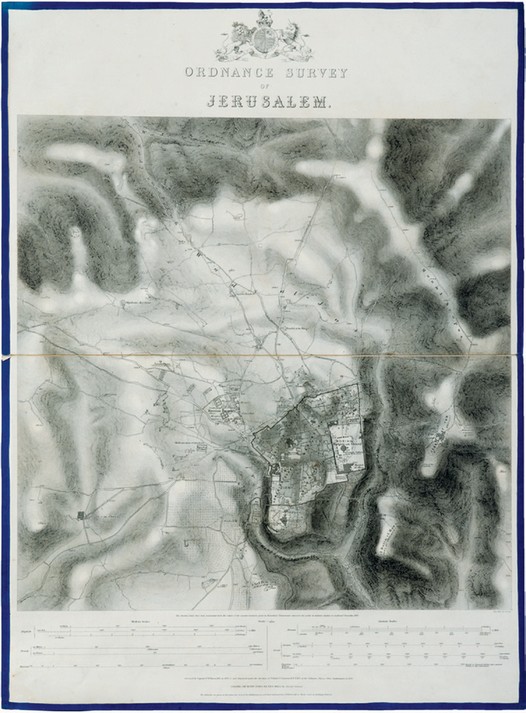