Israel will send its biggest ever delegation to an Olympic Games, with the official addition of golfer Laetitia Beck on Monday taking the blue-and-white team to a total of 47 athletes. 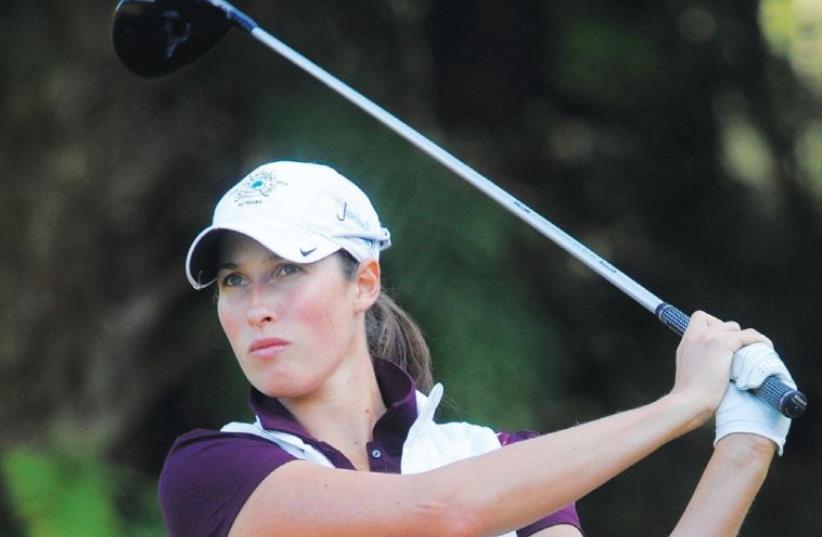 Israeli golfer Laetitia Beck became the final athlete to book her spot on the blue-and-white Olympic delegation to Rio yesterday.
(photo credit: MARK SIMS)
Advertisement
Israel’s Olympic delegation to the Rio Olympics will gather almost in its entirety at Kfar Maccabiah on Tuesday as the preparations for the 2016 Games enter their final stretch.Israel will send its biggest ever delegation to an Olympic Games, with the official addition of golfer Laetitia Beck on Monday taking the blue-and-white team to a total of 47 athletes, four more than the previous record set in Beijing 2008.Weightlifter Igor Olshanetskyi was officially added to the delegation on Sunday when the Olympic Committee of Israel accepted the recommendation of the Elite Sport Department to allow him to compete in Rio.Olshanetskyi, who competes in the over-105 kilogram event, had originally failed to earn a quota, but the Israel Weightlifting Federation was unexpectedly handed a wild-card last week after Russia, Kazakhstan and Belarus were banned from the Rio Olympics for anti-doping violations. The International Weightlifting Federation said the ban related to the re-testing of samples taken at the 2008 and 2012 Olympics.The Israel delegation may still be reduced to 46 athletes next week, with Israeli javelin thrower Marharyta Dorozhon in danger of being cut.Dorozhon set the IAAF Qualifying Standard for Rio last year, but according to the regulations laid out by the Olympic Committee of Israel she is required to register a throw of over 60 meters in 2016 in order to secure her place at the Olympics. She intentionally fouled on all three of her attempts at the European Athletics Championships last week as they were well short of the result she is chasing, which she must set until July 18.The athletes will receive their official delegation equipment at Kfar Maccabiah on Tuesday before posing for an official photo and holding a joint celebratory dinner.The delegation will meet again on Wednesday morning in a ceremony in Tel Aviv to honor the 11 Israelis murdered during the 1972 Munich Games before traveling to Jerusalem to meet with President Reuven Rivlin.