The special edition sneaker is blue and white and has “Israel 68” engraved on the side of its heel. 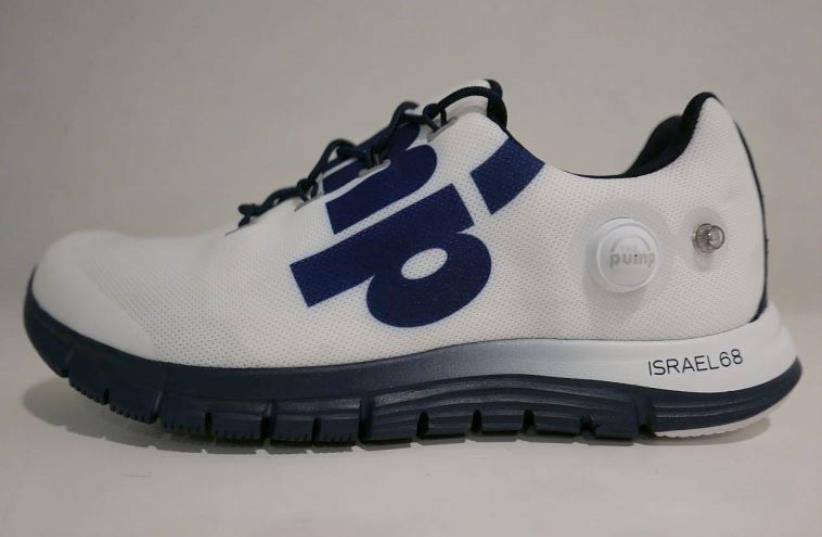 Reebok's special edition shoe in honor of Israel's 68th Independence Day celebrations
(photo credit: REEBOK ISRAEL)
Advertisement
The Reebok sports footwear and apparel company released a new sneaker design on Monday in honor of Israel’s 68th Independence Day celebrations.The special edition sneaker is blue and white and has “Israel 68” engraved on the side of its heel.Moshe Sinai, the CEO of Reebok Israel, explained that these sneakers were to be a one-time celebratory release as a collector’s item in Israel and throughout the world.The Independence Day sneaker features the Reebok “Pump” technology that allows the sneaker to form to the foot of its wearer. A push button releases compressed air into the shoe increasing the hold it has on the wearer’s foot, allowing the shoe to maintain the person’s natural step.The shoe will be sold on Independence Day in an auction to take place on the Reebok Facebook page. All proceeds from the sale of the shoe will be donated to the organization Crossfit Without Borders, which helps people with mental disabilities integrate into the Crossfit community.