Ceremony took place underneath the fitting gloomy and rainy sky. 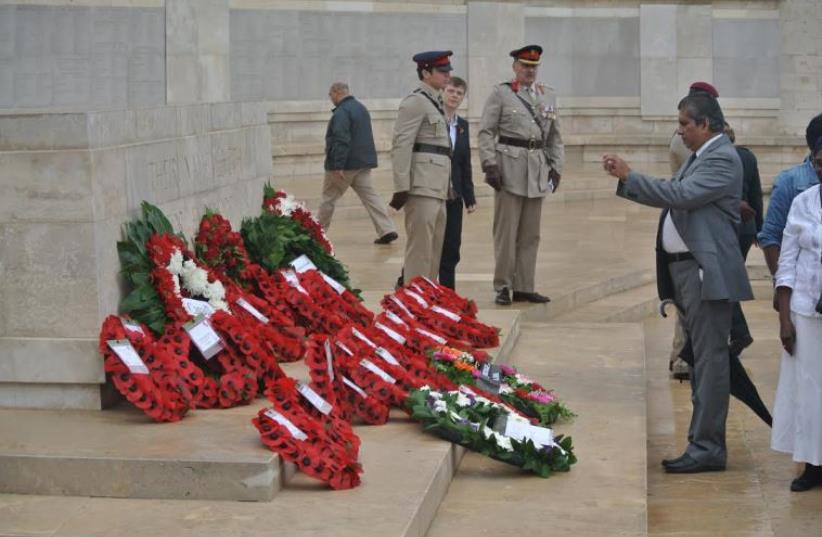