PM: Attempt on my life in Kenya ‘nonsense’

Anonymous source tells Kuwaiti newspaper that on Tuesday the Kenyan authorities informed the PM's security guards that the convoy must change its route. 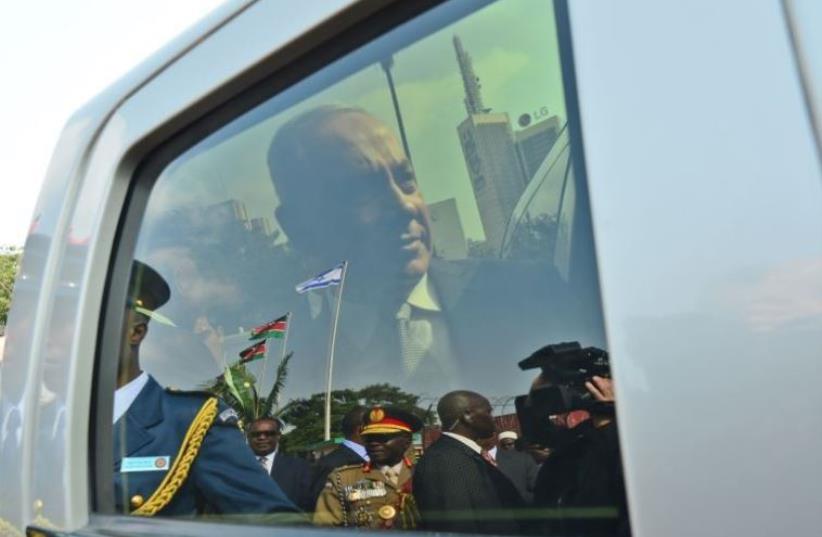 Prime Minister Benjamin Netanyahu
(photo credit: KOBI GIDEON/GPO)
Advertisement
ADDIS ABABA – Prime Minister Benjamin Netanyahu appeared genuinely surprised when asked at a press conference with his Ethiopian counterpart Thursday about a report of a thwarted assassination attempt on him while he was in Kenya two days earlier.This was the first he heard of it, Netanyahu said, before his spokesman, Boaz Stempler, interjected that the report was “utter nonsense.”Netanyahu then said, “We know nothing about it [the report] because there is nothing to it.”The question was based on a report in the Kuwaiti daily Al-Jarida.An anonymous source told the newspaper that on Tuesday, shortly before the prime minister left the local airport on his way to his hotel in Nairobi, Kenyan authorities informed Netanyahu’s security guards that the convoy must change its route.The surprising alert, according to the source, led to arguments between Netanyahu’s guards and Kenyan security personnel.“At the beginning, the Israelis decried the security arrangements in Kenya.However, after the convoy changed its course and arrived safely at the hotel, it was discovered that Kenyan intelligence exposed a plan to attack vehicles in the original course. Thus, the decision to change the course saved the Israeli delegation,” the source told the newspaper.Following the alleged incident, Kenya’s security forces arrested two people suspected of planning an attack against Netanyahu’s convoy, the report said.According to the source, due to the warning, additional changes were made in the prime minister’s schedule in Kenya.There were two basic errors in the report: the first is that Netanyahu landed in Nairobi’s airport from Uganda on Monday night, not Tuesday; and the second is that there were no changes to Netanyahu’s schedule in Nairobi from what was originally given journalists before the trip.Security in Nairobi, as well as in the other three places he traveled – Entebbe, Kigali and Addis Ababa – was very tight, with huge traffic jams in Nairobi as a result of the roads being closed for his convoy. Likewise, the main city streets in Kigali were virtually closed during his eight-hour visit there on Wednesday.Jerusalem Post staff contributed to this report.