Rishon ended the regular season with a 4-2 record, just like Enisey Krasnoyarsk of Russia and Sofia, but finished ahead of them as it owned the tiebreaker against both sides. 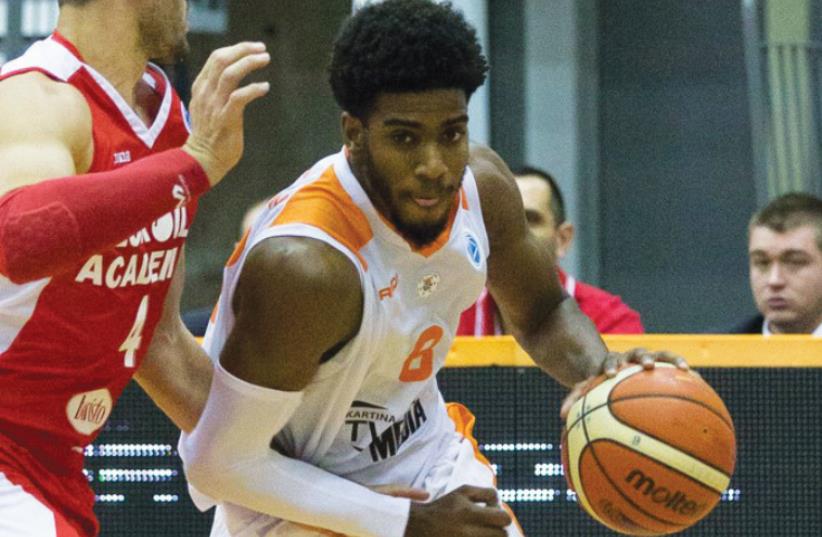 Maccabi Rishon Lezion guard Shawn Dawson
(photo credit: ODED KARNI)
Advertisement
Maccabi Rishon Lezion advanced to the Round of 32 of the Europe Cup from first place in Group H on Wednesday night, despite suffering a 77-72 defeat at home to Lukoil Academic Sofia.Rishon ended the regular season with a 4-2 record, just like Enisey Krasnoyarsk of Russia and Sofia, but finished ahead of them as it owned the tiebreaker against both sides.Rishon will face ASVEL Basket Villeurbanne of France, Novo Mesto of Slovenia and Kataja of Finland in the Round of 32.The Round of 32 will include eight groups of four teams, with each club to play the remaining three in their group in a home-and-away format.The top two teams from each group will progress. The Round of 16 and quarterfinals will be played in a best-of-three format, with the winners to qualify for the Final Four.Rishon knew it could afford to lose by as many as 13 points on Wednesday and that may well have resulted in its lax performance.The hosts opened the game with a 12-2 run, with nine of those points being scored by Shawn Dawson, but Sofia responded with a 14-0 surge.The visitors pulled ahead in the second half, leading by as many as nine points in the fourth quarter. However, Rishon limited the damage until the final buzzer to ensure it won the group.Dawson led Rishon with 20 points, six assists and five rebounds, with Romero Osby adding 14 points and eight boards.Filip Barovic had 21 points for Sofia.“We finished in first place in a tough group,” said Rishon coach Sharon Drucker. “It is no surprise we lacked composure as the team has been under a lot of strain recently. We can crown the regular season as a success, but matters will be a whole lot tougher in the Round of 32.”