Riskin defiant as potential dismissal by Rabbinate looms, promises to remain at post

The Chief Rabbinate has declined to automatically renew Riskin’s appointment and has summoned him for a hearing; Riskin and the Rabbinate are divided over the devolution conversion authority. 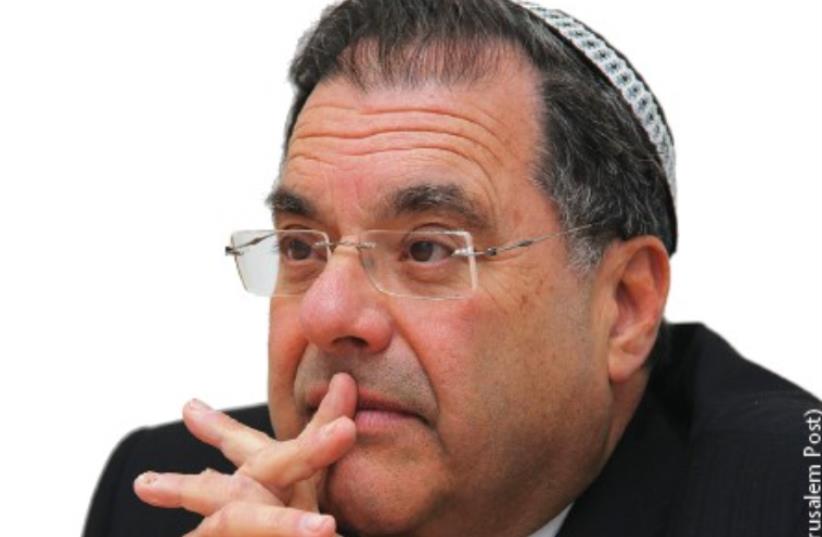 Rabbi Shlomo Riskin
(photo credit: MARC ISRAEL SELLEM/THE JERUSALEM POST)
Advertisement
Rabbi Shlomo Riskin said that, should Israel’s Chief Rabbinate dismiss him as chief rabbi of Efrat, he would not accept the decision.Speaking to JTA Tuesday, Riskin also said that the Chief Rabbinate does not have the support of the vast majority of Israelis for its conversion policy. Riskin urged the rabbinate to accept a 2014 government decision reforming Israel’s conversion process.The Chief Rabbinate has declined to automatically renew Riskin’s appointment and has summoned him for a hearing on the matter on June 29. On Monday, the local government of Efrat, a West Bank settlement located in the Gush Etzion bloc, unanimously affirmed that it would like him to continue as its rabbi. Should the Chief Rabbinate disagree, Riskin said, he would disregard the Rabbinate’s decision.“I will remain the rabbi of Efrat for as long as the people of Efrat want me to be their rabbi,” he told JTA. “I don’t believe it’s up to the Chief Rabbinate.”The text of the Efrat Local Council’s decision Monday, sent to Riskin and obtained by JTA, says: “The Council calls on the Chief Rabbinical Council to respect the will of the residents of Efrat, and to extend the appointment of Rabbi Riskin for as long a period as possible.” The decision praises Riskin’s “value-driven and courageous Jewish legal positions.”Riskin, the founding rabbi of Lincoln Square Synagogue in New York City and a co-founder of Efrat, expected an automatic reappointment to the Efrat chief rabbi post. He believes the rabbinate has delayed the reappointment mainly because he supports a government decision from last November that devolved authority over Jewish conversion from the Chief Rabbinate to Israel’s city rabbis. The rabbinate has come out publicly against the decision.Riskin, a regular contributor to the Jerusalem Post Magazine, told the Post that “my position on conversion, which is completely in accordance with Jewish law, should not be cause for deliberating as to whether I should continue as chief rabbi of Efrat.”Riskin has performed conversions that the rabbinate has yet to recognize. He said the November conversion reform was necessary in order to provide a more flexible path to conversion for hundreds of thousands of Israelis from the former Soviet Union who are not Jewish according to traditional Jewish law, or halacha.“Jews from the former Soviet Union don’t trust the rabbinate here,” Riskin said.“I remain very optimistic that the Chief Rabbinate will understand that we’re facing a time bomb with this problem of the Jews from the former Soviet Union,” he said. “We can do a wonderful job converting the children as well as the adults in a warm and welcoming fashion.”Riskin said he would not change his position in order to gain the reappointment. He called on the Chief Rabbinate to view his conversions as halachically legitimate, and said a refusal to do so would be “a very, very big mistake.”Riskin added that “any rabbinate depends on the acceptance of the overwhelming majority of the people.”Asked whether the Chief Rabbinate has lost that acceptance, Riskin said, “in the issue of conversion, yes, they have.”