Rivlin at funeral for last Treblinka Revolt survivor: Samuel Willenberg was a symbol of heroism 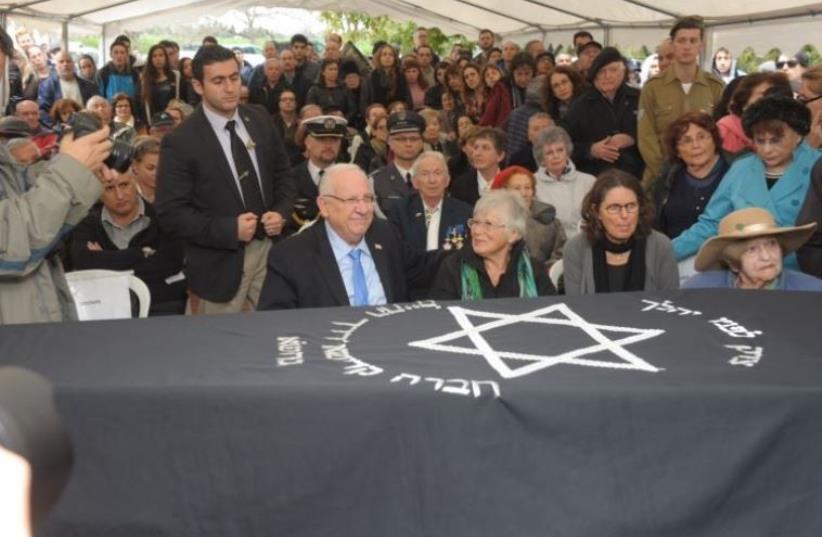 (Samuel Willenberg, Credit: Wikimedia Commons) “I stand here today awestruck before your freshly dug grave, Samuel. Before your courage and spirit. In the face of such heroism and Jewish courage,” Rivlin said. “I stand here as president of the State of Israel, beside the grave of the last witness of Treblinka, and before me are – together with you – 850,000 Jews.”The president recounted how he had met Willenberg for the first time just over a year ago in Poland, where they had traveled for the inauguration of the Jewish Museum in Warsaw.“Samuel, I came here today to tell you – you are a hero. And what a hero, Samuel. You are a symbol of heroism. A symbol for an entire generation of Holocaust survivors. Heroes. Strong and courageous people. Invincible. Optimistic. Who survived the destruction and could grow once again. Who experienced the horror and chose life,” the president said. 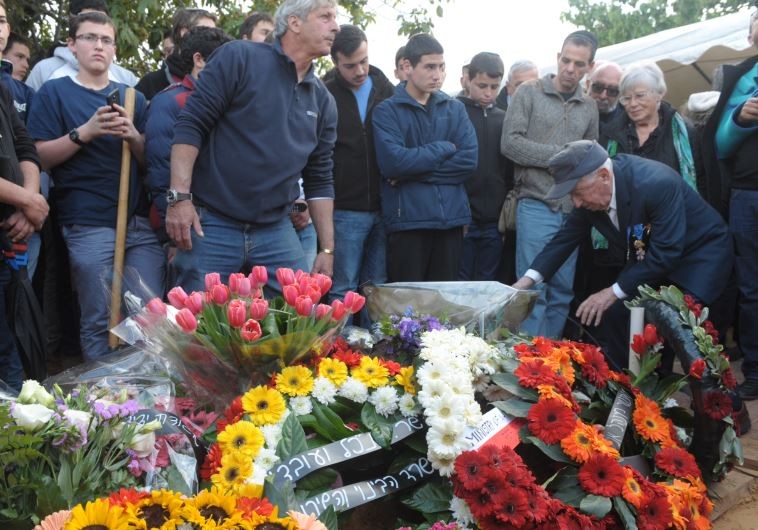 (Funeral for Samuel Willenberg, Credit: Avshalom Sassoni)“The life story of Samuel Willenberg is the eternal story of the Jewish people. It is a story of hope and faith, of the destruction and rebirth, of strength and pride,” he added.Willenberg, who was born in Czestochowa, Poland, arrived in Treblinka at age 20. There he came across an acquaintance who told him that if the Nazis asked about his profession, he should say that he was a painter and a builder. That advice saved his life. Others who arrived on the same transport went to the gas chambers.Willenberg was one of the instigators of the 1943 Treblinka Revolt, in which some 200 people escaped, but only 67 survived. It is estimated that in excess of 800,000 people were murdered in Treblinka.Willenberg could never get Treblinka out of his head. He drew an exact diagram of the camp for use by current and future Holocaust historians, and the book he wrote about his experiences, Revolt in Treblinka, has been translated into eight languages. A copy of the diagram can be seen at Yad Vashem.Willenberg’s haunting sculptures, which serve as permanent monuments to those whose lives were cut short in that hell on Earth, are at Beit Lohamei Hagetaot – The Ghetto Fighters’ Museum, together with drawings and excerpts from his written testimony. One of his sculptures was also placed in the garden of the President’s Residence in Jerusalem.Willenberg would have been considered a hero for his role in the Treblinka Revolt, but he played an even greater part in the Polish resistance against the Germans, and after the war he served in the Polish Army before coming to Israel in 1950 with his wife, Ada, a survivor of the Warsaw Ghetto. The Polish government awarded him the highest of accolades.From 1993 onward, the Willenbergs often accompanied youth groups to Poland, where Willenberg told his story over and over again. He was in demand as a lecturer not only in Poland but also in Germany and the United States – and, of course, in Israel.“Samuel Willenberg was a hero who defied the odds and risked his life during the darkest time in modern history,” World Jewish Congress CEO Robert Singer said.“He dedicated his life’s work to the memory of those who perished in the Holocaust and to honoring the Jewish people.“As the number of living Holocaust survivors dwindles, it is our duty to continue their legacy and ensure that future generations remember their sacrifices and never forget the horrors that the Jewish people was forced to endure.”Greer Fay Cashman and JTA contributed to this report.