A number of sources told Globes that in recent weeks the pressure has been causing near accidents during work on the line. 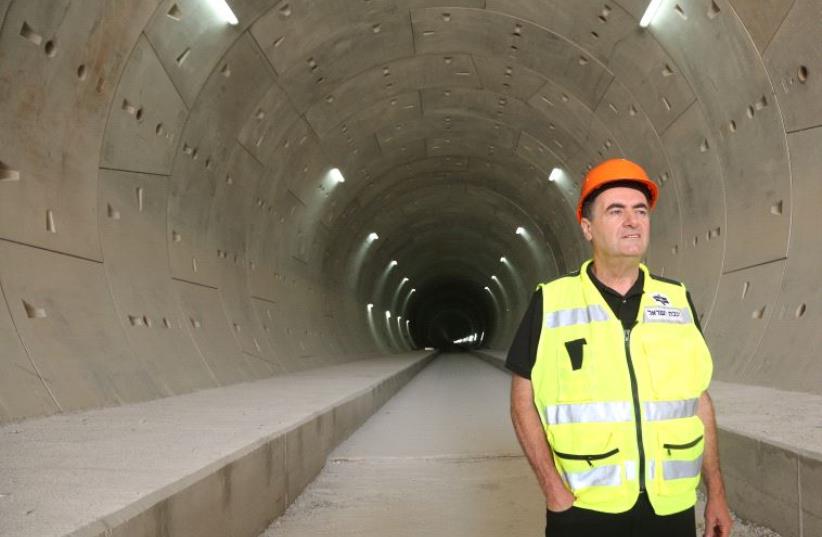 Transportation Minister Yisrael Katz stands at one of the five tunnels dug to accommodate the country’s first high-speed electric train from Jerusalem to Tel Aviv.
(photo credit: TRANSPORTATION MINISTERY)
Advertisement
(TNS) - Concern is growing about work accidents on the high-speed Tel Aviv-Jerusalem railway line, with enormous pressure being exerted to finished the work by the Sukkot holiday in late September, as promised by Minister of Transport Yisrael Katz.