Settler leaders get first invite to US Embassy July 4 party

This would never have happened a year ago, the Samaria Regional Council said. 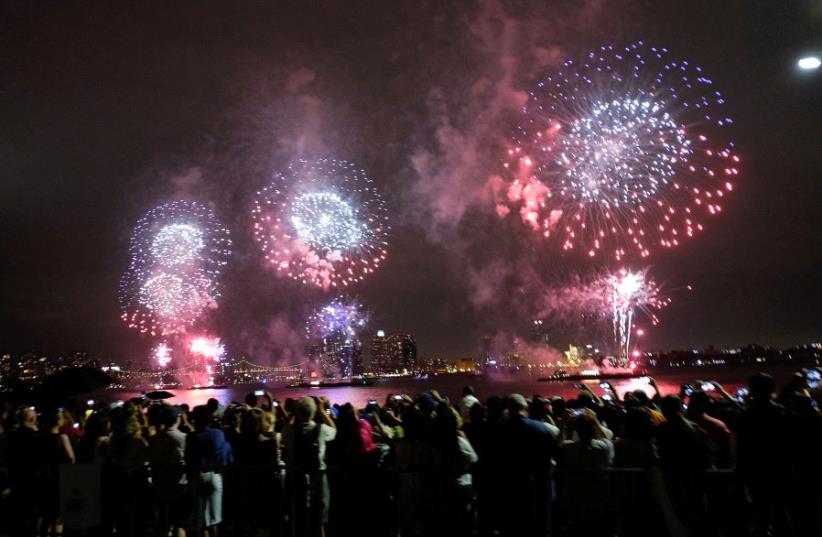 People watch Macy's 4th of July Fireworks Independence Day celebrations in New York July 4, 2016.
(photo credit: REUTERS/EDUARDO MUNOZ)
Advertisement
Settler leaders have received their first invitation to the annual United States Embassy’s July 4th party in Herzliya that takes place this evening, the Samaria Regional Council said on Monday.This would never have happened a year ago, the council said.“It’s an interesting change of approach to Judea and Samaria by the American government, which until Trump’s election definitely placed [the settlers] outside of the fence [of acceptability],” the Council said.It’s the latest in a series of inclusive steps the settlement community has enjoyed since the Trump Administration took office in January 2017.Three settler leaders were among the 300 Israelis invited by joint invitation from the Prime Minister’s Office and Embassy to Trump’s speech at the Israel Museum in May.  A number of them also received invitations to the inauguration in Washington through congressional contacts.According to the Samaria Regional Council the following leaders were invited to the Embassy’s birthday bash: the head of the Council of Jewish Communities of Judea and Samaria Avi Ro’eh; Samaria Regional Council head Yossi Dagan, Ma’aleh Adumim Mayor Benny Kashriel, Ariel Mayor Eli Shaviro and Oded Revivi, Chief Foreign Envoy of the YESHA Council.Prime Minister Benjamin Netanyahu is also among the invited guests to the event.