Malka Leifer will receive mandatory drug treatment for six months before her case is reassessed by the Jerusalem District Court, according to a ruling released by the Israeli Justice Ministry. 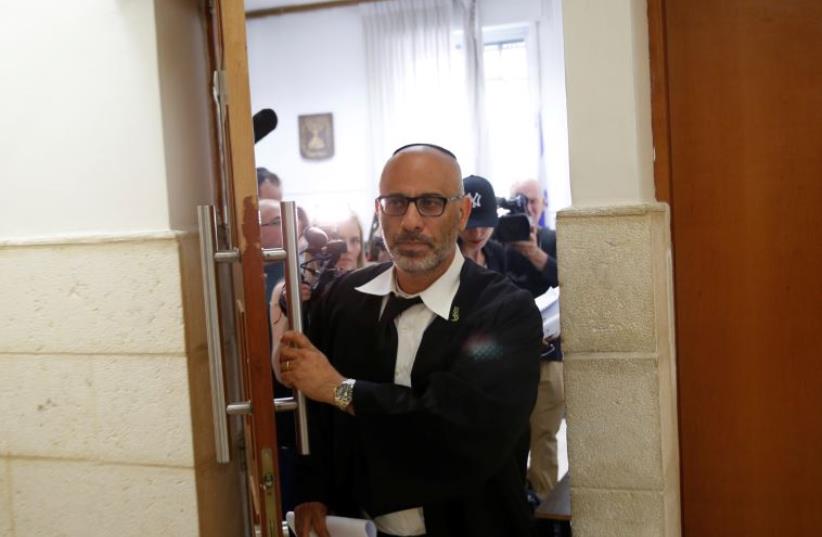 Leifer's lawyer, Yehuda Fried
(photo credit: REUTERS/Ronen Zvulun)
Advertisement
JERUSALEM - A former Australian school principal, wanted in her home country on suspicion of sexually abusing students, was freed from house arrest in Israel on Tuesday but ordered to undertake medical treatment after a court ruled her mentally unfit for extradition.Malka Leifer will receive mandatory drug treatment for six months before her case is reassessed by the Jerusalem District Court, according to a ruling released by the Israeli Justice Ministry.Leifer, who has Israeli citizenship, fled Australia in 2008 with what Australian authorities believe was the assistance of the insular Adass Jewish community, after accusations against her surfaced.She is the former principal of the Adass Israel School, an ultra-orthodox Jewish girls' school in Melbourne, and is wanted by police in the Australian state of Victoria in connection with 74 sexual assault offenses involving students at the facility.Last week, a court in Jerusalem decided not to extradite Leifer, basing its ruling, her lawyer said, on the determination of a psychiatric panel that she was not mentally competent to stand trial.Reconvening on Tuesday, the court said Leifer would no longer have to remain under house arrest but a "flight risk" ban on her leaving the country would remain in effect.Australia's ambassador to Israel, Dave Sharma, said last week that Canberra would "remain patient and determined in pursuing justice" in the case.Since 2013, an Australian commission on tackling child sexual abuse has shed light on offenses and cover-ups, including within ultra-orthodox Jewish communities in Sydney and Melbourne, triggering the resignations of some senior figures.